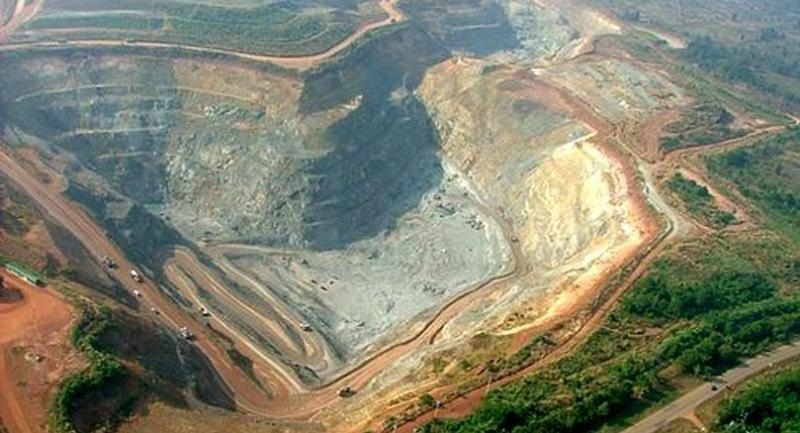 Some 130 mining licences were granted last year since a new mining law came into effect in 2017.

The mining industry has faced opposition from local people in many areas and some entrepreneurs have been accused of lacking responsibility. This led the government to pass the Mineral Act 2017 to increase the strictness of mining operations and sharing of more benefits with the community. Authorities are saying that a lot of companies were seeking mineral mining licences in 2019.
Wisanu Tabtieng, director-general of the Department of Primary Industries and Mines (DPIM), revealed that after the new mineral law came into effect in 2017, the department had issued 130 licences.
Under the new law, a licence allowed not more than a 300-rai plot, with a total mineral value of more than Bt200 billion throughout the 25-year concession period. The most requested mineral sources are stone mines throughout the country, followed by cement and gypsum mines.
As for potash, there is currently one party submitting an application, which is International Petroleum Group in Nakhon Ratchasima for Thai Khali company. It is expected to have a production capacity of 100,000 tonnes per year. Currently, it is in the process of consulting with the villagers around the mine. After that, there must be a public hearing around the mine, prepare the Environmental Impact Assessment (EIA) report and bring the EIA result to the mining concession application.
Domestic mineral production each year will be worth around Bt70 billion, with a royalty fee of around 4 per cent, bringing income to the state of about Bt3 billion per year. There are also special benefits that mines have to give to the locals -- about 2 per cent calculated from total mineral value. it will be 50 per cent for the community and another 50 per cent to the local government
However, Thailand does not produce enough minerals to meet the needs of the country. The domestic production is worth around Bt70 billion and at least Bt70 billion worth needed to be imported per year. The main imported minerals are coal -- more than 20 million tonnes per year -- mostly imported from Vietnam and Indonesia followed by gold imported from around the world.
The DPIM supports Thai entrepreneurs to invest in foreign mining, especially in neighbouring countries In Asean, the official said.
Minerals ministers have discussed trade, investment and cooperation in the mining industry between Asean member countries, allowing the private sector to meet and exchange information and find various proposals for the government to facilitate mining. In the past, the Asean mining industry had a trade value as high as Bt1.6 trillion.
"Large Thai companies such as SCG have invested in limestone mining and founded cement production factories in neighbouring countries. As for coal, many Thai companies are investing. However, small and medium-sized mining companies were still not found to be investing because of the laws of neighbouring countries and the relation with the villagers in the area. The country that Thailand is most interested in investing is Laos because it has a lot of essential metal ores," said Wisanu.