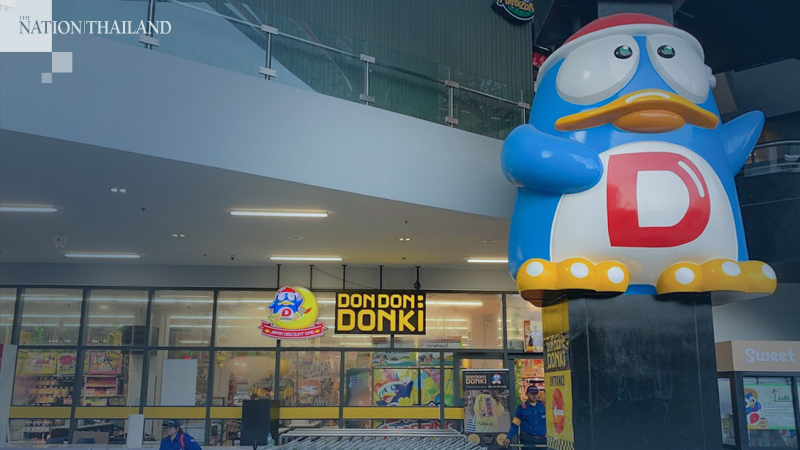 Saha Pathana Inter-Holding (SPI) is again teaming up with Don Quijote (Donki) to expand the latter's branches in Thailand and promote Thai products at its 600 branches worldwide.

Don Quijote is the fourth largest retail store in Japan, posting 1.3 trillion yen in revenue with 48 billion yen in net profit last year. It has struck a merger with Family Mart.
Deputy Prime Minister, Somkid Jatusripitak proposed that Donki sell Thai fruits and OTOP products at its branches worldwide, to which it has agreed.

SPI President Vichai Kulsomphob said today (February 19), after his discussion with Donki founder Yasuda Takao, and CEO Yoshida Naoki, that Donki intended to invest in Asean countries, including Thailand.
“In Thailand, Donki has cooperated with SPI and wanted the company to be a distribution base for CLMV countries,” he said. “SPI is ready to be the supplier and distributor of Donki products ”.
He further explained that each branch of Don Quijote worldwide has different products, adding that some branches were megastore with a sale area of 6,000-8,000 sqm.
“In Singapore alone, Donki has added seven branches within one year,” he said.
He said Donki currently has one branch in Thonglor under a joint venture with SPI.
"We will open the second branch at Ratchadamri in March this year, which will be three times bigger than the first branch in Thonglor. Don Quijote will hold 22 per cent of all shares.
"We estimated the investment cost of a new branch with 5,000-6,000 sqm of space at Bt500 million, totalling up to Bt1.2 billion for ten outlets”.
He added that SPI was well-prepared in tackling the economic slowdown and the Covid-19 outbreak.
“Our company has low debt , we will take advantage of the economic slowdown to improve our machinery, invest in logistics, and brainstorm staff on ways to boost sales,” Vichai said.