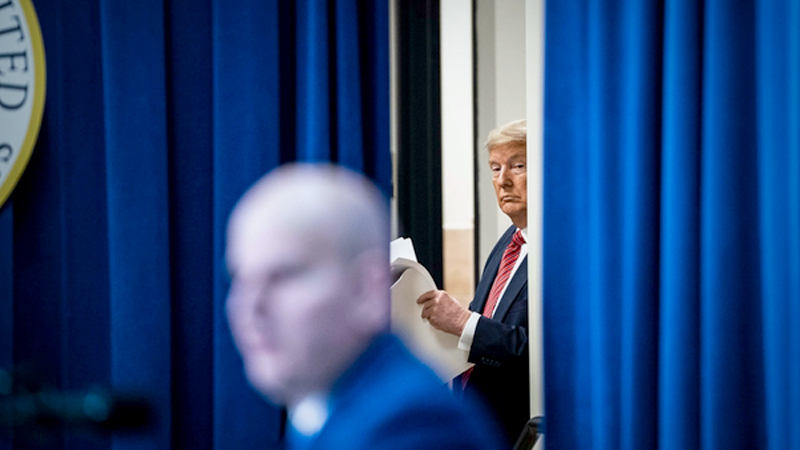 The White House on Monday pulled the nomination of a Pentagon official who gained prominence because of concerns she raised about withholding military aid for Ukraine.

In a statement, the White House said it had withdrawn the nomination of Elaine McCusker as Pentagon comptroller, a position she has held on an acting basis. It provided no reason why McCusker, a career civil servant who was nominated to be confirmed in the job in November, would no longer be considered.

The decision is likely to deepen concerns about whether the Trump administration is singling out officials seen as playing a role unfavorable to the president in matters related to his impeachment. It follows the departure last month of John Rood, a top policy official who likewise was a leading figure in the Pentagon's response to the delay of security aid to Ukraine, an issue that became central to the impeachment proceedings against President Donald Trump.

The president was acquitted of impeachment charges during a Senate vote in February. The trial stemmed from Democrats' assertions that the president had improperly withheld more than $300 million in assistance to Ukraine to force the country's government to conduct an investigation into former vice president Joe Biden, a top political rival, and his son.

Other individuals who were pushed out of their positions after providing testimony critical of the president's version of events include Lt. Col. Alexander Vindman, who served as a White House national security official for Ukraine matters, and Gordon Sondland, the former ambassador to the European Union.

The Defense Department did not provide an immediate comment.

Sen. Jack Reed, D-R.I., the ranking member of the Senate Armed Services Committee, called McCusker "another casualty of the Trump Administration's efforts to purge public servants who put country before fealty to the President."

"Ms. McCusker is paying the price for trying to ensure that the Administration followed the law," Reed said in a statement.