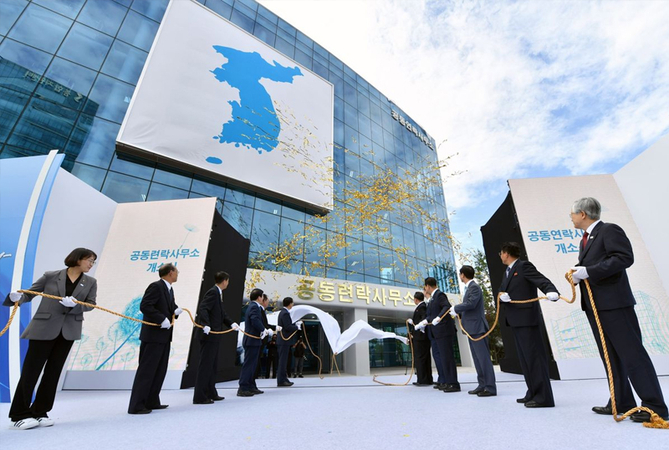 North Korea was not answering the phone at a liaison office with South Korea for the first time since it opened in 2018 after saying it was abolishing the project that once allowed the rivals to communicate around the clock.

"It is true that inter-Korean exchanges are at a standstill due to several factors including the Covid-19 outbreak, but we will continue to do what we can do to promote peace on the Korean Peninsula," he said.

The facility was opened in the spirit of rapprochement advocated by South Korean President Moon Jae-in and was part of moves to reduce threats along the border, where the two countries have stationed about 1 million troops. It allowed for constant communication between the two sides for the first time since the start of the 1950-53 Korean War.

Last week, North Korea lashed into South Korea for allowing anti-Pyongyang leaflets to be sent across the border and said it was considering taking decisive measures to completely destroy contact spaces with its neighbor. This included abolishing the inter-Korean liaison office in Kaesong.

South Korea said last week it would look to ban anti-North Korea leaflets flying over the border by balloon after Kim Yo Jong, the sister of the leader, rebuked Seoul for tolerating what North Korea state media quoted her as saying was a "sordid and wicked act of hostility."

Millions of leaflets sent by South Korean activists and defectors from North Korea have flown across the border for more than a decade bearing messages critical of North Korean's leaders, fueling friction between the rivals.