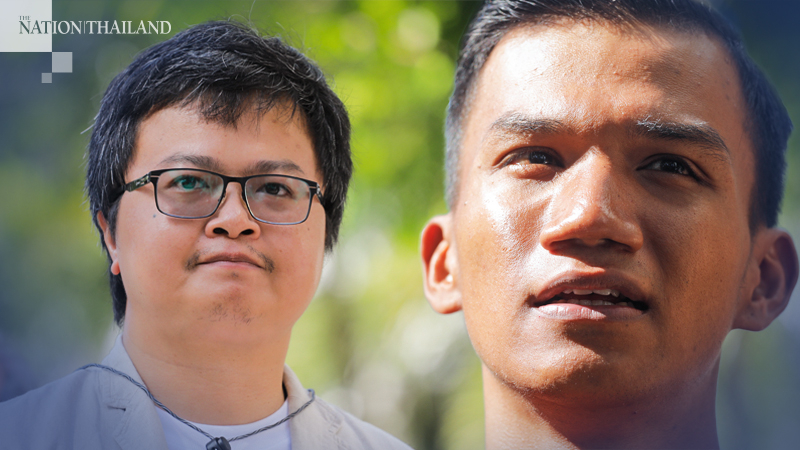 Two prominent pro-democracy activists were jailed on Thursday after a court ruled they had violated bail conditions by continuing to organise and attend anti-government protests.

The Bangkok Criminal Court revoked bail for Arnon Nampa, also a human rights lawyer, and Youth for Democracy leader Phanuphong Chadnok.
Phanuphong was permitted to reapply for bail but refused as it would have prevented him from resuming his activism.
Following the court ruling, Arnon posted a message on Facebook to encourage protesters.
"I was honoured to participate in anti-government protests with everyone. My fight is over, so I invite you to participate in the rally at Thammasat University on September 19 to show that we are right," he said.
Phanuphong posted a similar message.
"When everyone knows that society is ruled by the elite, our duty is to fight against the injustice and inequality undermining democracy. … Do not wait for others to stand up for you. Keep fighting to bring victory to our movement. Even though I am no longer free, others will stand up and find victory at last," he said.
Both were taken to Bangkok Remand Prison at 5.20pm.
The pair were arrested last month on charges of sedition and breaching the emergency decree and public health rules, among other offences. Sedition is punishable by up to seven years in jail.
Arnon was granted bail on August 8 after being arrested for attending an anti-government gathering on July 18. Police arrested him again on August 19 after he called for reform of the monarchy, a taboo topic in Thailand, during an August 3 rally speech at Bangkok’s Democracy Monument.
Police issued a third arrest warrant against Arnon after he attended an August 10 protest at Thammasat University’s Rangsit Campus, where student leaders issued an unprecedented 10-point manifesto calling for reform of the monarchy.
Phanuphong was first arrested on August 7 and again on August 24.

BBC Thai reported that journalists from only two news agencies were permitted to observe each of Thursday's two rulings. Arnon had earlier asked the public prosecutor for a public hearing.
Police recently issued arrested warrants for several other student leaders.
Activists insist their right to freedom of speech and peaceful protest is guaranteed by the Constitution. Protesters have demanded that the government stop intimidating critics, rewrite the Constitution, dissolve Parliament and reform the monarchy.