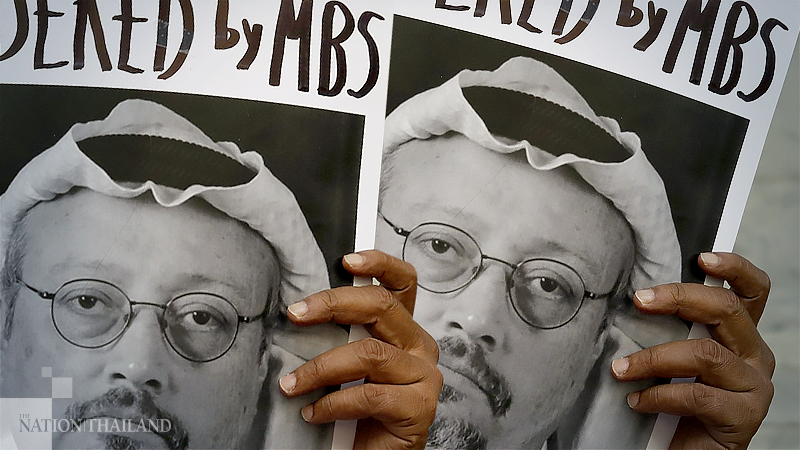 Saudi Arabia's public prosecutor said Monday that eight people had been sentenced to prison terms between seven and 20 years for the killing of journalist Jamal Khashoggi, in what the prosecutors said was a "final" ruling in the case, according to a statement carried by the Saudi state-run news agency.

The statement did not name the defendants, who were all believed to be members of a 15-man hit squad that traveled from Saudi Arabia to Turkey in October 2018 before killing and dismembering Khashoggi, a critic of Crown Prince Mohammed bin Salman, inside the Saudi consulate in Istanbul.

The rulings came after a trial that was closed to the public and the news media and that was criticized by human rights group as lacking in transparency.

"These verdicts carry no legal or moral legitimacy. They came at the end of a process which was neither fair, nor just, or transparent," Agnès Callamard, a United Nations human rights expert who conducted an investigation into the killing, wrote on Twitter after the sentences were announced.

Saudi Arabia's leaders have been eager to move past the killing . Grisly details had fueled global outrage, as did Saudi Arabia's initial denials that it had anything to do with Khashoggi's disappearance.

The Saudi ruling on Monday failed to answer the most urgent questions about the murder, including who had ordered it and the whereabouts of Khashoggi's remains.

The CIA concluded with "medium to high confidence" that Mohammed, who effectively rules Saudi Arabia, had ordered the killing, which he has denied. Turkey is holding a separate trial and has indicted 20 Saudi citizens on murder charges, though none of the defendants are in Turkish custody.

Khashoggi, 59, was a veteran Saudi journalist who contributed opinion columns to The Washington Post. He had visited the Istanbul consulate intending to collect documents that would allow him to remarry while his fiancee, Hatice Cengiz, waited for him outside.

In a statement posted on Twitter, Cengiz said: "The Saudi authorities are closing the case without the world knowing the truth of who is responsible for Jamal's murder. Who planned it, who ordered it, where is his body?"

Five of the eight defendants were spared the death penalty after Khashoggi's sons announced in May that they had forgiven their father's killers. The Saudi justice system allows families of victims in some capital cases to grant clemency to convicted killers. Instead, the five received 20-year prison terms, according to the Monday statement .

Three other defendants received sentences between seven and 10 years, the statement said. Two senior Saudi officials - Saud al-Qahtani, a powerful royal media adviser, and Ahmed al-Assiri, a former deputy head of intelligence - were exonerated by the Saudi court late last year, even after Saudi prosecutors said the two men played central roles in the plot that led to Khashoggi's death.