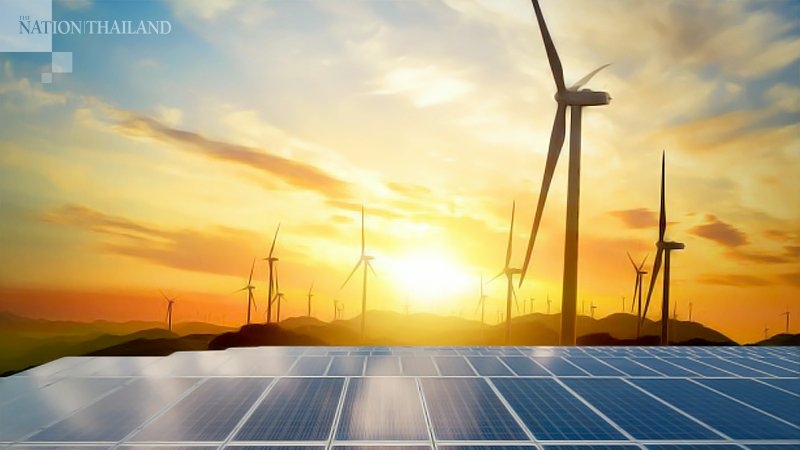 Natee Sithiprasasana, the club’s vice president, said the proposals are being drawn up according to opinions gathered by a working group at a seminar on the national Alternative Energy Development Plan (AEDP) organised by the sector.
The seminar discussed obstacles and recommendations for the development of various renewable energy sources, including electricity generated from crops, waste, solar and wind power. Also discussed was the national plan for electric vehicles (EVs) and charging stations. The resulting five proposals will be submitted to the Energy Ministry and other relevant government agencies in December.
The proposals are as follows:
1. Electric vehicles and charging stations.
The government should promote infrastructure to support the EV industry, including market demand, production, standardisation of EVs and charging stations, and labour skills. The policy must cover collaboration between the ministries of Energy, Industry, Transport, Interior, Board of Investment (BOI), etc.
The working group also presented a prototype electric tractor and charging station, as part of a plan to convert 13,500 old tractors into electric trucks supported by a network of 433 charging stations. The charging stations would be installed on three routes – Bangkok-Eastern Economic Corridor (EEC), Bangkok-Saraburi, and Bangkok-Ayutthaya, with a budget of Bt127.87 billion over 10 years.
2. Power generation from waste energy (Waste-to-Energy)
The government should cut red tape when it comes to applications for waste-power plant projects, while increasing local awareness of their benefits. Households should sort their own waste to support local collection and sorting systems. Banks should help support waste power plant projects and waste management systems. Refuse-derived fuel (RDF) should form up to 20 per cent of fuel used in biomass power plants.
3. Electricity generation from crops
Electricity from community biogas and biomass power plants should be the first renewable energy that enters the country's grid.
This will encourage communities to accept plants, reducing conflicts and inequality while distributing income to the grassroots economy amid the Covid-19 crisis. The government’s policy to purchase 150MW of renewable power per year will generate Bt10.3 billion for the economy. But implementing the target of 1,933MW in the 2018 Power Development Plan (PDP) would boost the economic value to Bt134 billion, including tens of thousands of jobs.
4. Electricity generation from solar and wind energy
With electricity from solar panels now cheaper than buying from the Provincial Electricity Authority (PEA), the government should reduce steps for households seeking permission to install roof solar, which could be done online. It should also promote public understanding of solar energy, including both peer-to-peer electricity trading via the National Energy Trading Platform. It should purchase solar rooftop electricity at Bt2.60 per unit and support installation of panels.
The government sector should set a PDP wind-power purchase target of 7,000MW at a reasonable per-unit rate. The process of applying for licences also needs to be simplified.
5. Power generation for own use
The government should promote power generation by households (“prosumers”), allowing them to sell excess electricity to others. This could be done by adjusting electric power market rules from “enhanced single buyer” to a wholesale power market, and accelerating development of the microgrid. The government also has to create concrete road maps to support prosumer's entry to the grid. A digital electricity trading platform should be developed for third parties, who should be given access to the grid and have a clear wheeling charge rate.