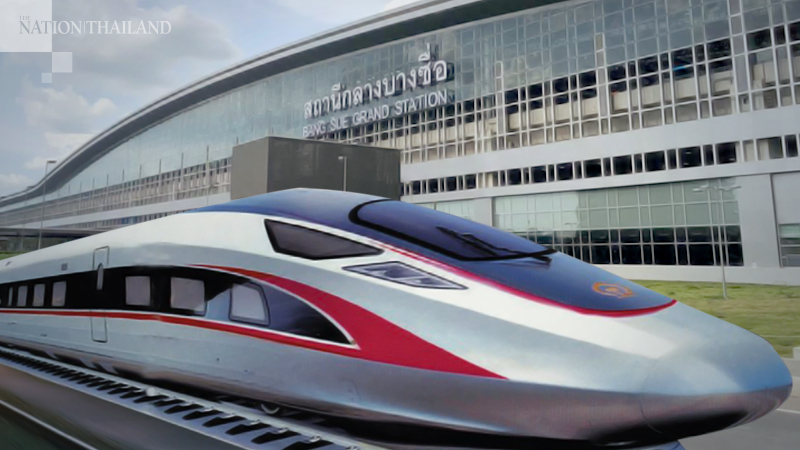 Civil construction of Bang Sue Central Station, which will serve as the hub of high-speed train connecting three airports (Don Mueang, Suvarnabhumi and U-Tapao), as well as the 10 stations of the Red Line urban train route, is now 100 per cent complete.

The Red Line is expected to open for commercial use by November 2021.

The Red Line that runs between Bang Sue and Rangsit stations will help shorten travel time between the city’s heart and urban areas to only 30 minutes thanks to the high-speed 120kph train. It is expected to transport at least 272,500 passengers per day. Public test runs will start from March 2021 until the official opening in November.

Prime Minister General Prayut Chan-o-cha and members of the Cabinet are scheduled to visit the Bang Sue Central Station on Tuesday and board the Red Line urban train in its full system test run.

Meanwhile, the State Railway of Thailand (SRT) plans to develop a rental apartment project in Don Muang to accommodate those whose properties were expropriated for building the high-speed train project.

A source from SRT revealed that the authority was studying the possibility of developing a rental apartment project on 5 rai of land (0.8 hectare) in Don Muang district as residence for people whose properties had been expropriated to build the high-speed train connecting three airports.

The first part of the land in the Don Muang area had been expropriated and will be submitted to project partners to start construction within October 2021.

“SRT is reserving 5 rai of land for this rental apartment project. Currently the process of land survey and designing of building plan is underway,” said the source.

“It is expected that the EIA [environmental impact assessment] could start during May-June 2021 and construction should start by mid-2022 and finish before October 2023.”