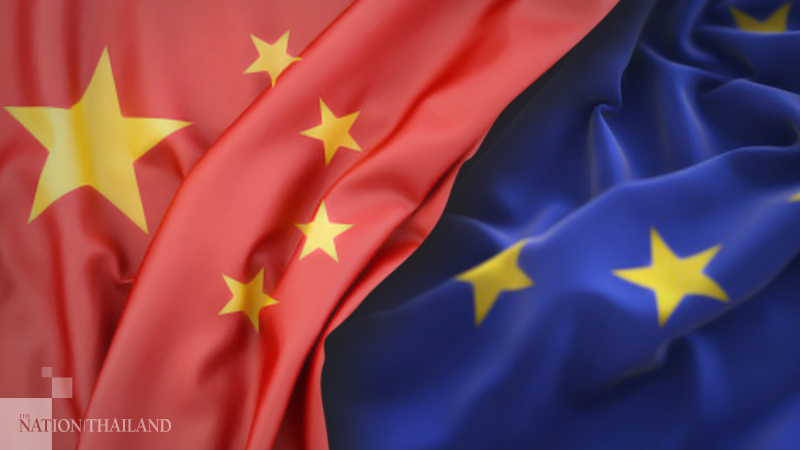 The awkward timing of Europe's deal with China

Last week, China appeared to secure an investment agreement with the European Union. The deal, which has been long in the works and still needs to be ratified by the European Parliament, comes at a curious moment. E.U. officials looked past the last-minute entreaty of a top aide to President-elect Joe Biden, who hoped Brussels would stall in order to first have consultations with a new U.S. administration that's less than three weeks from taking office.

Instead, the agreement was pushed through in the final moments of 2020 as Germany's term in the rotating seat of the E.U. presidency came to an end. German Chancellor Angela Merkel, whose country's automobile and industrial sectors are hungry for Chinese market access, was a driving force behind the agreement.

"The agreement, if it is ratified, would theoretically loosen restrictions on European companies in China's tightly controlled market," wrote The Washington Post's Emily Rauhala. "European companies would no longer be required to operate joint ventures with Chinese partners, for instance, or be forced to share technology."

Experts in China viewed the developments as a significant win for Beijing. "The deal will deepen the economic ties between China and the E.U., with negotiating a free-trade agreement being the expected next step," Wu Xinbo, director of the Center for American Studies at Fudan University in Shanghai, told the South China Morning Post, a Hong Kong-based daily. "And it will also thwart the U.S. plan to join hands with Europe and isolate China from the future of globalization."

European leaders contend that they are securing for their bloc similar terms to what the Trump administration negotiated with Beijing in its own "Phase 1" trade deal brokered at the beginning of last year. Ursula von der Leyen, president of the European Commission, said last week that tighter cooperation with Beijing would still allow Europe the ability to promote its "core values" and nudge China on political and economic reforms.

Critics say that position is woefully shortsighted, arguing "that Europe is knitting itself closer to an increasingly authoritarian China at a time when Beijing has shown little inclination to follow rules," Rauhala added.

In the past year, China has squashed political freedoms in Hong Kong, rattled its saber at Taiwan, doubled down on its Orwellian program of repression in the far-western region of Xinjiang, battled India and bullied Australia and other countries on the world stage. Yet European officials gave Chinese government-run media outlets the opportunity to tout a major diplomatic victory, with the Global Times, an English-language state mouthpiece, hailing the pact as "a New Year gift from China and the E.U. to the whole world."

That obscures the charged political atmosphere surrounding the West's relations with Beijing. "The stories coming out of Xinjiang are pure horror. The story in Brussels is we're ready to sign an investment treaty with China," liberal European lawmaker Guy Verhofstadt tweeted Wednesday. "Under these circumstances any Chinese signature on human rights is not worth the paper it is written on."

As far as E.U.-U.S. relations are concerned, the deal's timing seems unfortunate. In an interview with CNN's Fareed Zakaria aired Sunday, Jake Sullivan, Biden's pick for White House national security adviser, stressed the incoming administration's desire to meet with "like-minded" allies and move past the distrust sown during Trump's bruising time in office.

"We are confident that we can develop a common agenda on issues where we share deep concerns on China," Sullivan said.

The announced deal, though, is an indication of a different reality. Merkel and French President Emmanuel Macron have both separately emphasized the need for Europe to develop its "strategic autonomy," weaning itself off more than half a century of sheltering under the umbrella of the Pax Americana. But, in this instance, critics note, Europe may be undermining what prospect there was of a meaningful united front on China.

"Countries mulling how far to stand up to China will draw their own conclusions: Europe talks about values but self-interest trumps solidarity," wrote Edward Lucas in the Times of London. "The deal exemplifies the gap between the EU's foreign policy aims and reality. The European Commission claims to be 'geopolitical.' In 2019 it deemed China a 'strategic rival.' Yet the mercantilist influence of big business, particularly in Germany, steamrollers ethical and security concerns."

Noah Barkin, a senior visiting fellow at the German Marshall Fund for the United States, argued Merkel has prioritized the business interests of her country's flagship firms and is keen to show that productive dialogue with China on various fronts is both possible and necessary. She has made these overtures even when the majority of the German public holds distinctly negative views of Beijing.

"In an increasingly black-and-white world where liberal democracies face an existential challenge from authoritarians and populists, Merkel still sees gray - and not only with China," Barkin wrote in Foreign Policy. "The bargain she brokered recently with democratic backsliders Hungary and Poland to avert a clash over the EU budget is another example. George Soros accused her of surrendering to extortion."

Some analysts see Merkel's pragmatism as naivete. They doubt that expanded business ties will do much to "discipline the behavior" - as an E.U. statement put it - of China's state-owned companies. And they fear that the agreement will bend Europe more to China than the other way around.

"Even in the current geopolitical order, China has repeatedly demonstrated its willingness to use its economic power as a strategic weapon," wrote Financial Times columnist Gideon Rachman. "By deepening their economic reliance on China - without co-ordinating their policy with fellow democracies - European nations are increasing their vulnerability to pressure from Beijing."