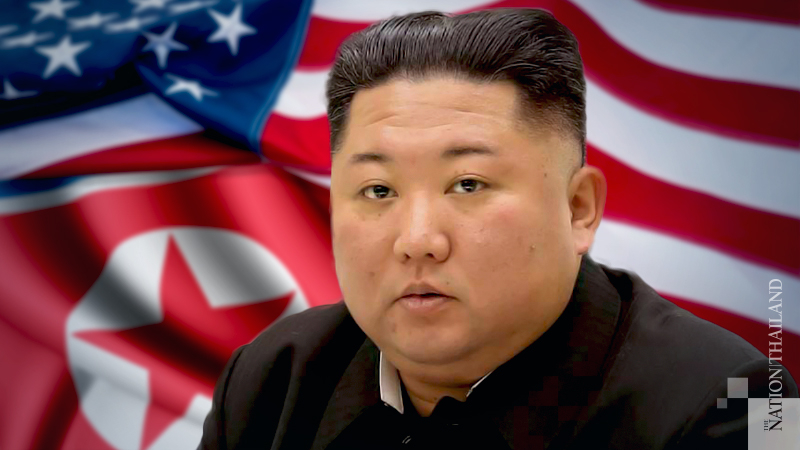 Kim, speaking at a rare ruling party congress, also called for North Korea to continue to expand its nuclear arsenal and long-range missile, although he said North Korea would not "misuse" its nuclear weapons unless its sovereignty was threatened, the Korea Central News Agency reported.

"Our foreign political activities ought to be focused and directed on subduing and defeating the United States, our biggest enemy, and the main obstacle to our revolutionary developments," Kim said Friday. "No matter who is in power in the U.S., the true nature of the U.S. and its fundamental policies towards North Korea never change."

President-elect Joe Biden called Kim a "thug" during the election campaign, and North Korean state media last year called him a "rabid dog" who needs to be put down.

In October, North Korea displayed a huge, new intercontinental ballistic missile (ICBM) at a military parade in Pyongyang, although the weapon has yet to be tested.

Some experts worry that Kim might greet the incoming U.S. leader with a long-range missile test, in order to get his attention, while others argue there could be a window of opportunity for the two sides to explore diplomacy.

But Friday's speech is a reminder that North Korea is not about to give up its nuclear arsenal.

"There is no more foolish and dangerous act than not reinforcing our own forces while clearly seeing development of state-of-the-art weapons of our enemies," Kim said.

"The reality is that we need to tirelessly strengthen our national defense capabilities in order to deter military threats from the U.S. and achieve peace and prosperity on the Korean Peninsula."

Indeed, Kim called for expanding the country's nuclear arsenal, including "preemptive" and "retaliatory" strike capabilities, so that its warheads can "accurately hit and extinguish arbitrary strategic targets" within 15,000 km (9,320 miles), a range that would comfortably include Washington.

Kim vowed to develop solid-fuel ICBMs that can be launched from land and sea. He called for more research and development into advanced military equipment, including spy satellites, hypersonic weapons and reconnaissance drones, and said research had nearly been completed on a nuclear submarine.

"We ought to augment our nuclear technology and further develop the nuclear weapons to be lighter and smaller ... while continue producing tactical nuclear weapons and super-large nuclear warheads," he said.

Kim said the key to better relations with the United States was for Washington to withdraw its hostile policy, while also stressing the need for North Korea to expand a coalition with "anti-imperialist and independent forces."