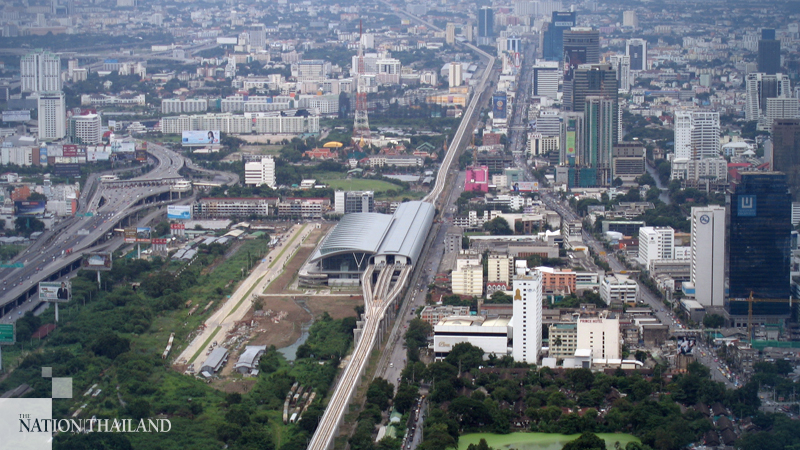 The State Railway of Thailand (SRT) is hastening the delivery of land for the three-airport high-speed railway link, with construction scheduled to kick off within this year.

The Eastern Economic Corridor (EEC) Policy Committee said that CP Group is currently studying SRT’s study and is expected to confirm the layout by next month. The project will link Don Mueang, Suvarnabhumi and U-Tapao airports.

Meanwhile, CP has said the entrances in some stations, such as Pattaya, Sri Racha and Chonburi, are not large enough considering population density, which will cause traffic jams.

“CP has to spend time designing, adapting construction details. If the layout adjustment is not completed, construction for the first phase – Suvarnabhumi-U-Tapao – cannot begin in time even if land is delivered in October. The contract stipulates that construction of the project has to be completed in five years from the date of land delivery. Land for the Phya Thai-Don Mueang section is expected to be delivered by October 2023,” an EEC source said.

As for expropriation of land, SRT has had to apply for permission again amid the new wave of Covid-19 infections, and due to the outbreak, it will take time for officials to enter the areas being expropriated.

The contract, expected to be drawn up by January 20, will detail the plots of land being taken, how much owners will get for it and when. Those who do not accept the compensation have the right to demand that SRT conduct another survey. Negotiation for the land plots is expected to be completed by August.

Meanwhile, contracts for areas around Suvarnabhumi Airport are not very clear because the land to expropriated overlaps with areas under the Highways Department jurisdiction.