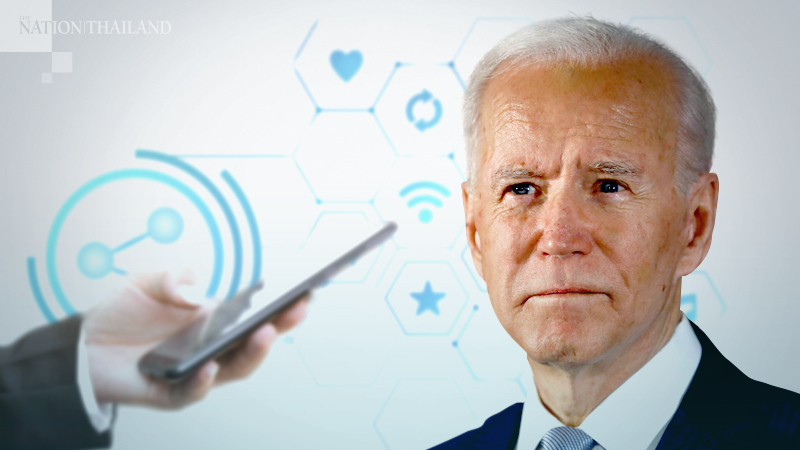 WASHINGTON - The Biden administration's agenda, already focused on the coronavirus, will face immediate pressure to address a related tech issue: access to home broadband that has become essential to continuing work, school and other important activities during the pandemic.

The country is in the midst of another surge in the virus - this time with a more contagious strain - and schools and offices nationwide are again closing their doors. The pandemic is highlighting a persistent digital divide, in which Americans without a strong and affordable Internet connection are increasingly boxed out of work and education opportunities.

President-elect Joe Biden promised throughout his candidacy that he would prioritize expanding Internet access as he made fixing the nation's infrastructure a central tenet of his campaign message. His "Build Back Better" plan, a response to the dual health and economic crises, calls for the creation of "universal broadband" for every American.

That could set the stage for Democrats to finally make good on a long-standing push to expand federal funding for Internet access.

"Broadband access and deployment should be in every recovery package, in every infrastructure package," said Sen. Ron Wyden (Ore.), the ranking Democrat on the Senate Finance Committee, whose work has paved the way for emergency broadband rebates. "That's something you can really move in the next few weeks."

The Biden transition team is exploring immediate actions it can take to bring relief to Americans in need of an Internet connection.

Once under Democratic control, the Federal Communications Commission will be positioned to make changes to the E-rate program, which helps schools and libraries obtain affordable broadband access. The transition landing team already has received recommendations for changes to the program, which the FCC is expected to enact, according to three people who spoke on the condition of anonymity to describe private conversations with the Biden camp.Democrats have been pushing for changes to the program so that its funding can be used to expand Internet access for students attending school virtually.

Last year, House Democrats passed a bill that would allocate $80 billion to deploy broadband to unserved areas. With victories in two recent Senate runoff elections in Georgia, Democrats are better positioned to ensure that such goals are achieved in future infrastructure packages.

There's also pressure for Biden to follow through on campaign promises to undo the Republican FCC's efforts to further deregulate the Internet. Democrats fiercely opposed a 2017 vote that dismantled Obama-era rules that required broadband companies to treat all websites equally. This created concerns that companies such as AT&T and Comcast could speed up service for their own services, while blocking or slowing down traffic to competitors.

Once Democrats again have a 3-2 majority on the FCC, they also will be well-positioned to restore the Obama-era rules. There will be two Democrats and two Republicans on the commission after current Republican Chairman Ajit Pai is expected to depart this week. Democrats are expected to nominate another commissioner, who must be confirmed by the Senate. The timeline for nominations is unclear, as the Senate is under pressure to confirm key members of Biden's Cabinet while also addressing pandemic relief and the impeachment of President Trump.

There are some immediate actions that the Biden administration can take in the interim. Lawmakers and activists are pressuring the incoming administration to immediately withdraw from a federal lawsuit brought under the Trump administration challenging California's net neutrality law. The lawsuit reflected Republicans' efforts in recent years to repeal Obama-era rules that required AT&T, Verizon and other service providers to treat all Internet traffic equally - and stop states from adopting their own similar provisions.

A group of 13 Democratic lawmakers, led by Rep. Anna G. Eshoo (Calif.), sent a letter to Merrick B. Garland, Biden's nominee for attorney general, last week. The lawmakers called Garland to make dismissing the case one of his first actions after the inauguration to ensure that it does not obstruct states' efforts to regulate on many tech policy issues. The judge hearing the case has called on the Justice Department to say by Feb. 9 whether it will to drop the government challenge to California's law.

Democrats also could try to leverage their narrow control of Congress to pass legislation that would enshrine net neutrality principles into federal law, and thus make it less susceptible to legal challenges and reversals under future Republican administrations. However it's unclear how much of a priority that will be for lawmakers amid the pandemic, impeachment and economic fallout.

Sen. Edward J. Markey (D-Mass.) is optimistic that Democratic control of Congress will put Democrats "in a position to act" on passing a strong net neutrality bill. If Congress passed such a measure, Democrats would not have to worry about a future Republican-run commission again overturning it.

Tom Wheeler, who was chairman of the Federal Communications Commission under President Barack Obama, warned tech policy wonks against getting caught in the minutiae of individual issues, and to keep their eye on how Internet regulation can be used to confront the pandemic, the economic crisis and racial injustice.

"The Biden administration exists in a different environment that puts that kind of thinking in second place behind broader thinking about how do we deal with the collection of existential challenges that exist today," Wheeler said.