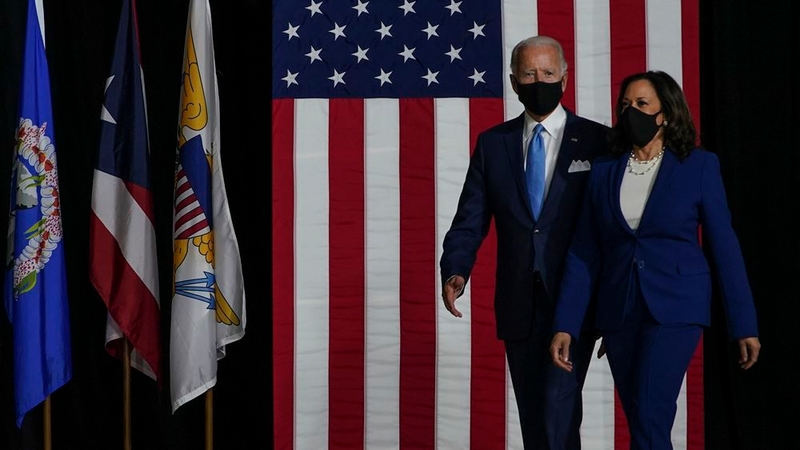 WASHINGTON - On his first day in office, President Joe Biden is asking the Education Department to extend the suspension of federal student loan payments through Sept. 30.

The move arrives days before the moratorium is set to expire at the end of this month. It makes good on Biden's pledge to give borrowers some breathing room as the economy struggles to find its footing.

On a call with reporters Tuesday, Brian Deese, the incoming director of the National Economic Council, spoke of the struggles of many households, particularly Black and Latino families, to pay basic expenses and said that student loan debt is often weighed against the costs of food and housing.

"In this moment of economic hardship, we want to reduce the burden of these financial trade-offs," Deese said.

To that end, consumer advocates and liberal lawmakers had hoped Biden would use executive authority to cancel some portion of the $1.6 trillion in outstanding student debt. Deese said the administration supports forgiving up to $10,000 in debt per person through congressional action.

Sen. Chuck Schumer, D-N.Y., the incoming majority leader, has been unwavering in his support for debt cancellation and could clear a path forward. That would be a formidable challenge given the slim majority Democrats will have in the Senate, but advocates say it's not impossible.

In the meantime, about 41 million Americans will continue to benefit from the federal government's pause of student loan payments.

"This is really important," said Jessica Thompson, policy and research director at the Institute for College Access & Success. "It allows borrowers to take a sigh of relief, (and) get out of this cycle of being reliant on the current politics of the day determining whether they're going to have to start paying again."

When the Education Department approves Biden's request, all borrowers with student loans held by the Education Department will see their payments automatically suspended until Sept. 30 without penalty or accrual of interest. Each month until then will still count toward loan forgiveness for borrowers in public-service jobs. It will also count toward student loan rehabilitation, a federal program that erases a default from a person's credit report after nine consecutive payments.

Collections on defaulted, federally held loans are still halted, and any borrower with defaulted federal loans whose wages are being garnished will receive a refund. However, the directive still excludes more than 7 million borrowers whose federal loans are held by private companies or universities.

The Trump administration in March gave borrowers the option of postponing payments for at least 60 days as the coronavirus pandemic battered the economy. Congress later codified the reprieve in the stimulus package, known as the Cares Act, and made it automatic. The Trump administration twice extended the moratorium before leaving office.

Thompson said the latest extension will give the Education Department, the administration and Congress time to figure out how to successfully transition millions of borrowers back into repayment.

"It's going to take a fair amount of thought to do this well, to do it carefully and to make sure we aren't setting people up for failure or default when we try to kick-start payments," Thompson said.

While many borrowers might have an easy time resuming payments, some will struggle to get back on track with their payments. Consistent and accurate information from the department and its contractors about options for people facing hardships will be essential to avoid a wave of defaults, Thompson said.

The Education Department reported a spike in people defaulting on their federal student loans in 2019 after exiting forbearance provided in the wake of natural disasters such as Hurricane Harvey and the California wildfires.