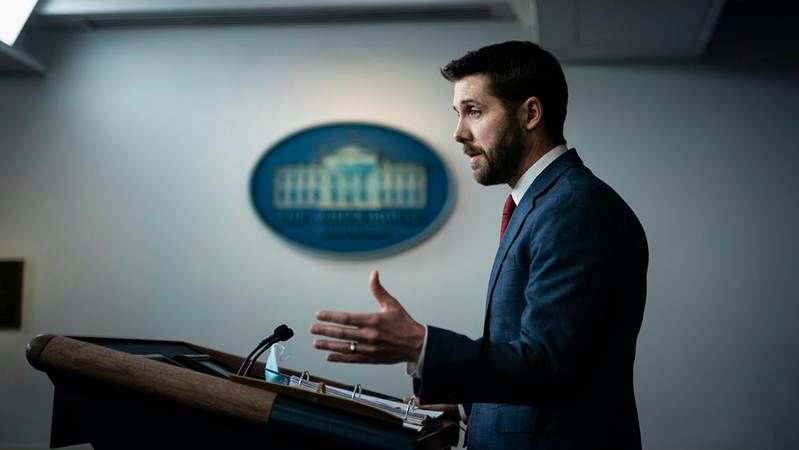 WASHINGTON - Lawmakers from both major political parties lobbied White House officials Sunday for a more targeted relief bill as they questioned the need for some of the items included in President Joe Biden's $1.9 trillion coronavirus plan.

The discussion came on a private Zoom call involving some key centrist lawmakers in both parties and Biden administration officials led by National Economic Council Director Brian Deese. It was an early test for whether Biden's relief plan has a chance of getting the kind of support it would need to pass Congress with bipartisan backing.

Lawmakers on the call raised questions including whether a new round of $1,400 checks included in the proposal could be more narrowly targeted to those who need them the most, according to several people familiar with the call who spoke on the condition of anonymity because the meeting was private.

Participants also asked administration officials to justify the need for hundreds of billions of dollars allocated toward other purposes, including for schools, given that Congress has already spent about $4 trillion on the coronavirus relief effort, including $900 billion approved in December.

There was more widespread support among the lawmakers on the call for spending on vaccine production and distribution, the people said.

They said the call, which lasted more than an hour, was cordial, and Deese and other officials promised to get back to them with answers.

A White House official declined to comment on specifics of the call.

The call came with the stimulus package facing criticism from Republicans who say it's too costly, making prospects tough for the kind of bipartisan deal Biden promised to deliver as president. The lawmakers involved were part of the group that broke through a partisan logjam late last year and helped ensure passage of the $900 billion relief bill in December.

The group includes 16 senators, eight from each party, among them Sens. Joe Manchin, D-W.Va., Susan Collins, R-Maine, and Mitt Romney, R-Utah. The leaders of the Problem Solvers Caucus in the House also joined Sunday's call.

Before the call, Deese told reporters that he intended to impress upon lawmakers that "we're at a precarious moment for the virus and the economy. Without decisive action, we risk falling into a very serious economic hole, even more serious than the crisis we find ourselves in."

Republicans have been lukewarm to such arguments thus far.

In an interview on "Fox News Sunday" before the call with Deese, Romney called the nearly $2 trillion cost of Biden's plan "pretty shocking," while saying he could support individual elements of it.

In addition to a new round of $1,400 stimulus checks, the proposal includes an increase in and extension of emergency unemployment benefits set to expire in mid-March, and an increase in the federal minimum wage to $15 an hour - an item Republicans have pointed to as problematic and unrelated to the coronavirus. It also includes hundreds of billions of dollars to assist schools in reopening safely and to boost testing capacity and vaccine manufacturing and distribution.

Biden faces a difficult balancing act in pushing the proposal into law. The types of concessions that might be necessary to win support from Republicans such as Romney probably would make the proposal smaller and less palatable to liberal lawmakers. Liberals are pushing for Biden to use special Senate rules to force through the package with only Democratic votes, but doing that would undercut Biden's pledges to seek unity and bipartisan outcomes.

The path ahead for the legislation is also complicated by unrelated disputes happening in the Senate, including the impending impeachment trial of former president Donald Trump. The Senate is split 50-50 between Democrats and Republicans, giving Democrats control because Vice President Kamala Harris can break ties - but giving Biden little room to maneuver.