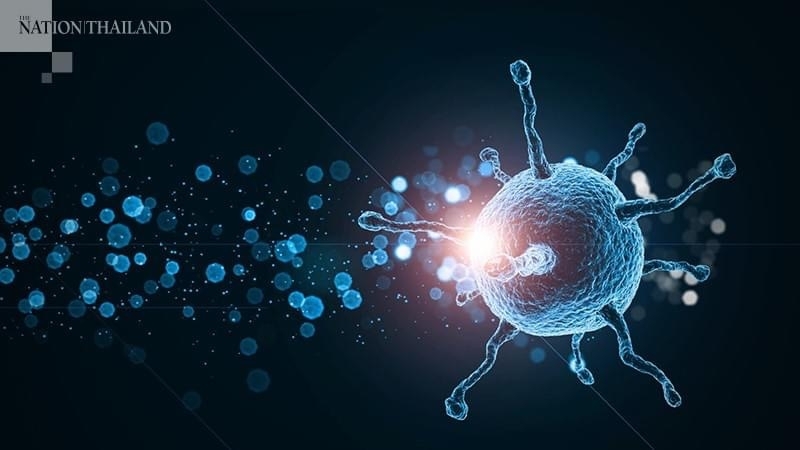 Shutdowns by Democratic governors did not cause the pandemic jobs crisis

The coronavirus pandemic has killed more than 416,000 Americans and recently pulled the U.S. economic recovery into reverse. Some states have shut down again to get a handle on surging caseloads. And critics have blamed those states' governors, typically Democrats, for job losses.

But pandemic-related economic research shows the shutdowns aren't killing jobs; the virus is.

In the first outbreaks last spring, people stayed home to avoid contracting the deadly novel coronavirus, regardless of what their governor said.

Indiana University economists Sumedha Gupta, Kosali Simon and Coady Wing reviewed more than 60 pandemic and social-distancing studies for a review article forthcoming in the Brookings Papers on Economic Activity. With the input of those economists and other experts, we've reviewed the basic data and some of the strongest research. Four facts emerged from the spring shutdowns.

If stay-at-home orders poisoned an otherwise healthy economy, business should have crumpled the moment they kicked in. But cellphone activity data analyzed by Gupta, Simon and Wing show a different trend: People started to stay home well before states imposed shutdowns.

In the chaotic early days of the pandemic, most people didn't wait for official stay-at-home orders, Simon said. In every state, they stopped going to work around the weekend of March 14, as uncertainty soared, stock markets collapsed and the World Health Organization officially declared the coronavirus outbreak to be a pandemic.

Typically, economic data is measured in months, quarters and years. But when dealing with a pandemic that spreads so fast that it creates an exponential curve of runaway devastation, economists needed to measure changes in a matter of days. To do so, they harnessed a new generation of indicators based on cellphone activity and other alternative data sets from the private sector.

"Most of the economic damage we've seen is produced by people's reaction to the virus," Wing said. "Social distancing policies mattered, too, but they were layered on top of a major change in personal behavior."

Business collapsed so quickly in mid-March that it's tough to disentangle correlation and causation. But several high-profile teams of economists, armed with that high-frequency data and sophisticated statistical methods, arrived at similar conclusions.

In one such study, economists Chad Syverson and Austan Goolsbee of the University of Chicago Booth School of Business used anonymized cellphone tracking data to compare traffic at businesses in shutdown areas with similar businesses in the same metro area (really, commuting zone) that weren't shut down.

Business fell by more than half (53%) regardless of whether a place shut down, as people everywhere were trying not to leave their homes. In shutdown areas, activity fell another 7%, meaning shutdowns caused less than an eighth of the drop in business.

"If pandemic concern or fear leads both to people staying home and policymakers imposing lockdowns, then the fear is the true driving force," Syverson said. "Economic declines and lockdowns happen to be correlated because they're pushed by the same thing, even though one isn't necessarily causing the other."

Goolsbee and Syverson found that business activity declined even more in areas with more covid-19 deaths, which emphasizes the role that the fear of the virus played in keeping people at home. (Goolsbee chaired President Barack Obama's Council of Economic Advisers during the Great Recession before returning to the University of Chicago.)

One other piece of supporting evidence? The economists found that businesses that drew the largest crowds before the pandemic were the same ones that saw the sharpest declines, relative to their size. That indicates consumers were spooked by the virus and sought out stores they knew were likely to have few customers. That trend was especially pronounced in areas with worse coronavirus outbreaks.

If the shutdowns had been the major obstacle to business activity, consumer spending built up during the shutdown period would have been unleashed in a torrent of pent-up demand when the shutdown was lifted.

Instead, Goolsbee and Syverson found, economic activity returned about 5% faster in places that lifted their shutdowns compared with those areas not shut down.

When business didn't return appreciably faster in areas that lifted their shutdowns, it was clear that shutdowns couldn't be the primary reason people were staying away from businesses, Goolsbee said.

The Washington Post often hears from readers who blame job losses on Democratic governors who have often imposed shutdowns when coronavirus cases surge. If Democrats are really responsible for job losses, we would expect to see employment fall off the cliff in blue states while employment in red states sail on untouched. But even the simplest analysis shows job losses don't depend solely on the governor's party. Some red states struggled; some blue states thrived.

Gupta notes that readers are oversimplifying when they equate "Democrat" and "shut down." A large majority of Republican-led states also shut down. But a trend emerges in the chart below. Red states, on average, have recovered slightly faster than blue states.

When we looked at job losses by the governor's party, rural and suburban areas of red and blue states lost jobs and began to recover at almost exactly the same pace, regardless of which party was in charge. It was only the densest counties in states with Republican governors that saw slightly faster recoveries than those with Democratic governors. To take two extreme examples, compare the Ohio county containing Cincinnati, which has seen almost a complete recovery from the crisis under Republican Mike DeWine, to the boroughs of New York City. Under Democrat Andrew Cuomo, the five boroughs are still missing about 1 in 7 jobs lost in the crisis, Labor Department data shows.

Economists are reluctant to attribute the gap entirely to additional rounds of shutdowns in the densest urban areas, such as the counties containing New York City, Los Angeles and Chicago. They caution that some of the largest cities in Democratic-led states were hit harder and faster by the virus, and may host more workers and industries that are vulnerable to the pandemic.

For example, New York City was hit so hard with the coronavirus last spring and it remains so incredibly dense, with tens of thousands of people living in apartment buildings on small city blocks, that even when the shutdown eased, people tended not to go out.

(We're looking at jobs here - indicators such as the unemployment and labor-force participation rates show a smaller gap between states led by Republican or Democratic governors.)

When we step back, the most striking thing about this data is that, as the first wave of shutdown research would predict, there's little difference in employment between red and blue states despite some variation in policy. After all, regardless of politics, American states all had one enormous thing in common in 2020: the coronavirus.