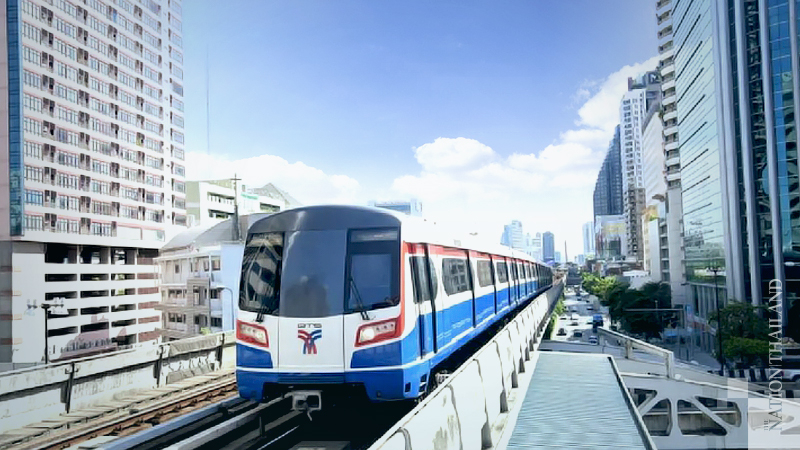 The Bangkok Metropolitan Administration (BMA) will make a loss operating the Green Line extension of the BTS Skytrain despite hiking the fare ceiling from Bt65 to Bt104 effective from February 16, said Praphas Leuangsirinapha, BMA's Traffic and Transportation Department director.

“The Green Line extension sections from Bearing to Samut Prakarn stations and from Mo Chit to Ku Kot stations had been partly opened for public use since April 3, 2018 and the whole route was opened on December 16, with no additional fees collected throughout the three years,” he said. “However, after opening the whole route, the train operator, Bangkok Mass Transit System Plc [BTSC], has requested BMA to pay the operating fee for the extension sections, forcing the BMA to increase the fare in a bid to earn cash to pay the fee and its debt to BTSC.”

BTSC on Monday issued an ultimatum to BMA to pay its Bt30-billion-plus debt within 60 days or face suspension of Green Line services. The debt includes over Bt9.6 billion in wages for operating the Green Line extension since 2018 and purchase of a train operating system worth over Bt20 billion.

“Based on the actual cost of operation, the fare ceiling of the Green Line should be Bt158,” said Praphas. “To alleviate the financial burden of commuters who have suffered from the fallout of Covid-19, the BMA decided to reduce the ceiling to Bt104, which will inflict a loss of Bt3 billion to Bt4 billion per year. It is estimated that from 2021 to 2029, the BMA will suffer accumulated losses of Bt30 billion to Bt40 billion.”

Praphas added that the fare hike on the Green Line will only be applicable to the extension sections, while the main section, from Mo Chit to On Nut stations, still has the original ceiling of Bt65.