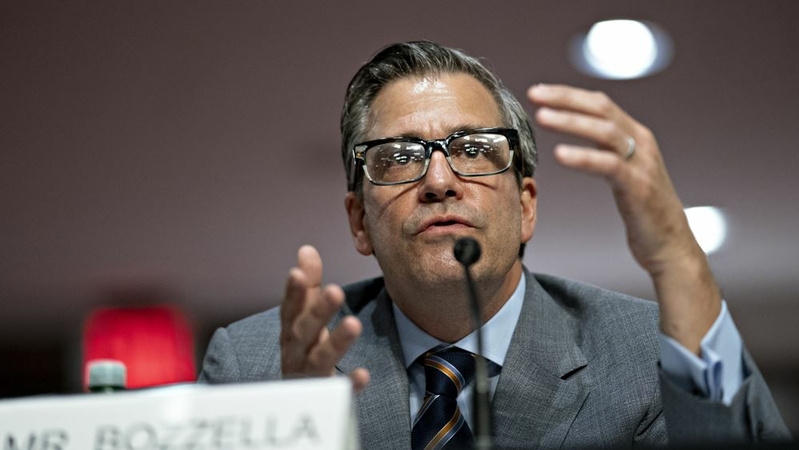 Automakers have abandoned their legal fight for a Trump-era rule blocking California from setting emissions standards as the industry pushes President Joe Biden to accept a compromise with weaker fuel economy requirements than Biden helped chart almost a decade ago.

The Coalition for Sustainable Automotive Regulation said in a statement it was "aligned with the Biden administration's goals to achieve year-over-year improvements in fuel economy standards that provide meaningful climate and national energy security benefits, reduce GHG emissions and promote advanced technologies."

The withdrawal comes as automakers try to influence the Biden administration's rewrite of fuel-economy and tailpipe-emission standards for cars, trucks and sport utility vehicles through the 2026 model year. Hours after being sworn in, Biden gave a July 2021 deadline for the EPA and Transportation Department to decide whether to suspend, revise or rescind a Trump administration regulation that eased the standards Biden helped develop as vice president in 2012.

While automakers are pitching an industry-friendly agreement negotiated with California, environmentalists are lobbying for the revival of a tougher plan imposed by the Obama administration. The issue is shaping up to be an early test of the new president's commitment to fighting climate change through ambitious greenhouse gas controls, even when opposed by industry.

The Alliance for Automotive Innovation, the leading automaker trade group, is urging Biden to adopt an emissions plan that falls "roughly midway between current standards and those of the former Obama administration." The group argues that is the best way to quickly benefit consumers, create jobs and protect the environment.

"Our desire is to work collaboratively on a new national framework that includes California," Alliance President John Bozzella said in an interview. "A midpoint allows us to get beyond current standards now, but also allows a shift to elements that would encourage electrification."

Carmakers are casting the compromise approach as a possible peace plan after years of fighting about auto emissions under Trump.

Several automakers backed the Trump administration in the legal battle that could have neutered California's long-standing right to set its own more stringent carbon-emission rules.

About two weeks after Trump lost, GM withdrew from that fight, and last week it pledged to meet California's goal of selling only electric vehicles starting in 2035 -- with an aim to make the change nationwide.

"For over a year, I have been telling automakers that staying stuck in neutral or reverse is no longer an option," Carper said on Twitter. "It's time to embrace the clean cars of the future."

In Biden's emissions rule rewrite, the industry's preferred model is a compromise California regulators brokered with five automakers last year to boost the average fuel economy of their fleets from 2021 levels by 3.7% annually, toward an average of almost 50 miles per gallon by 2026. That fuel economy target is estimated to translate to about 33 mpg under real-world conditions, in part because the agreement included eased limits on a technology credit program, double-counting of some electric vehicle sales and other changes over a plan brokered under former President Barack Obama.

The tougher Obama plan, developed in the shadow of the auto industry bailout, required annual stringency gains of about 5%, with the fleetwide requirement targeting almost 50 mpg in 2025. It translated to about 36 mpg under real driving conditions.

Both approaches are more stringent than the standards imposed under Trump last year, which require 1.5% annual improvements in fuel economy and target an average fleetwide fuel economy of roughly 40 mpg for 2026 model-year cars, trucks and SUVs (or about 30 mpg under real conditions).

"The California deal is certainly weaker than the Obama standards and stronger than the Trump standards," said David Cooke, a senior vehicles analyst with the Union of Concerned Scientists. But "we're in a climate crisis. A middle-of-the-road approach isn't where we need to be."

If the California compromise were applied to the entire auto industry, it would yield about 25% fewer emission reductions from vehicles sold through 2025 than the Obama-era alternative, according to an analysis by the Union of Concerned Scientists.

Environmentalists say there's no time to wait in setting ambitious standards that help fulfill Biden's pledge of reaching net-zero emissions across the U.S. economy by 2050. To satisfy that goal -- and allow for a turnover of the nationwide fleet beforehand -- automakers need to stop selling conventional gasoline-powered vehicles by 2030, said Dan Becker, director of the Center for Biological Diversity's Safe Climate Transport Campaign.

"That will be good for consumers, it'll be good for the environment, obviously, and it'll be good for reducing our reliance on the oil and the countries that produce it," Becker said. "Biden's basically got to say, 'All right, I know the auto companies want something a lot weaker, but I'm not going to negotiate with them.'"

On the campaign trail, Biden promised "to develop a new fuel economy standard that goes beyond what the Obama-Biden administration put in place." Environmentalists argue that whatever happens to requirements through the 2026 model year, it's essential Biden develop tough standards for the rest of the decade and beyond.

In an emailed statement, the Environmental Protection Agency pledged to "follow the science and the law" as it reviews agency actions under Trump "to ensure that they protect public health and the environment."

Automakers have gone back and forth on auto emission rules amid changes in the White House. In 2012, they embraced Obama's rules in the wake of a federal bailout of Chrysler and General Motors Co. that resulted in critics labeling the venerable Detroit automaker as "Government Motors."

However, four years later, after Trump's election, automakers pressed the new administration to halt an Obama administration plan to finalize mileage rules for 2022-2025 model years ahead of schedule.

That history should weigh heavily on Biden, Becker said.

Automakers have a different perspective after working with different administrations that embraced competing priorities.

"Our hope was that we would have had the federal agencies working together with everybody," Bozzella said. "We have an opportunity to do that now."