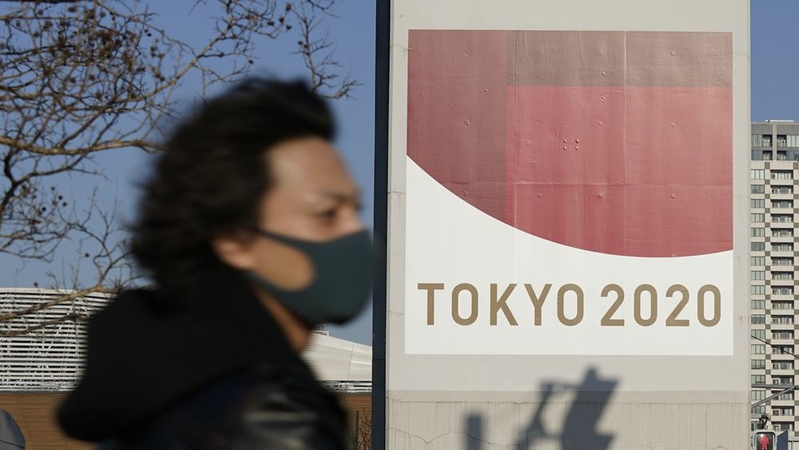 Covid-19 countermeasures unveiled by the organizers of the delayed Tokyo Olympics don't include mandatory vaccinations or quarantines for those arriving in Japan for the Games, fueling doubts on whether they can go ahead this summer as planned.

Coronavirus tests will be required before arrival in Japan and then at least every four days, with movements limited to a predetermined plan. The first version of the "Playbook" unveiled Wednesday was light on many details, such as what would happen if participants, athletes or other staff test positive.

With thousands of people from around the globe set to descend on Tokyo, where the pandemic still isn't under control, citizens remain nervous. Just 16% of Japanese say the event should be held as planned this summer. The country declared a state of emergency last month, seeking to reduce infections and pave the way for the Olympics, which were postponed last year.

"A 14-day quarantine period is needed to be certain that you haven't developed an infection that you could spread to others," said Norio Sugaya, a visiting professor at Keio University's School of Medicine in Tokyo and a member of a World Health Organization panel advising on the pandemic. "There is a risk that the infections will spread within the Olympic Village, and they may spread to the country as well. Now is not the time to discuss large-sized face-to-face events."

The organizers won't require athletes and teams to be inoculated to take part, but said instead that they'll work with each national Olympic committee to "encourage and assist their athletes, officials and stakeholders to get vaccinated in their home countries, in line with national immunization guidelines, before they go to Japan."

Instead of a 14-day quarantine, those arriving in Japan will be asked to submit an "activity plan" detailing locations they will visit, accommodations and method of transportation.

Organizers said they will decide more specifics in an update in April, to make use of the latest testing technology and other developments. Participants will need to submit a negative test before departure for Japan and may be tested on arrival.

"It's questionable whether these rules are viable or not," said Kenji Shibuya, professor and director of the Institute of Population Health at King's College London.

That also means that the participants will have to comply with the rules in the playbook, whether they have been vaccinated or not, they added.

Teams were told not to join events as spectators, and not to use public transport. They will also have to download a contact tracing app. They will not have to quarantine when they arrive in the country. Athletes will be housed in the Olympic Village rather than being dispersed around hotels in Tokyo, organizers said.

Despite speculation over the future of the games, the organizers insisted Wednesday that they would go ahead. They cited the knowledge gained on how the virus spreads since the decision last March to postpone the Games, as well as the successful resumption of thousands of other sports worldwide among reasons for their optimism.

The playbook made no specific mention of how spectators would be handled. Decisions on that question, including the number allowed and the prospects for overseas spectators, will be made within the next few weeks, Christophe Dubi, IOC Olympic Games Executive Director, said on a video conference.

The Tokyo 2020 Committee has already indicated that it will need to decide on whether to impose limits on attendance or restrict spectators from entering the country by this spring, due to the ticketing process.

The Australian Olympic Committee has "every confidence" the games are going ahead and is "doing everything we can" to ensure its team can arrive safely and compete. The playbook is a "very good start," spokesman Strath Gordon said in an emailed statement. "We know there is more detail to come."

The playbook will be updated as the pandemic situation changes ahead of the games, which are set to kick off on July 23, a year after they were originally due to start.

"Tokyo is the best-prepared city we have ever seen," Dubi said.