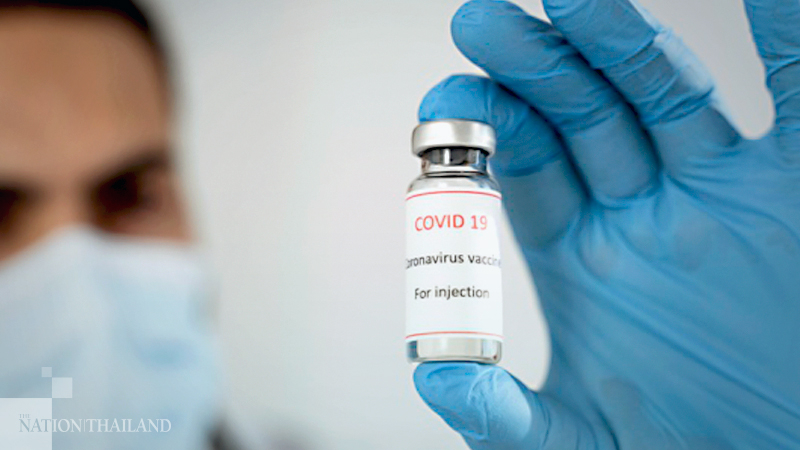 CanSino Biologics's experimental coronavirus vaccine has an efficacy rate of 65.7% at preventing symptomatic cases based on an analysis from late-stage trials, adding a one-shot candidate to the world's growing arsenal against covid-19.

The inoculation co-developed by the Chinese military and the Tianjin-based biotech company proved effective against symptomatic covid-19, based on a multicountry analysis first posted on Twitter by Faisal Sultan, Pakistan's health adviser, on Monday. CanSino later forwarded Sultan's announcement in a statement. The final stage trial included 30,000 participants and was also 90.98% effective in preventing severe disease, Sultan said.

A vaccine needs to afford at least a 50% protection rate to be considered effective, as mandated by the world's leading drug regulators and the World Health Organization. While CanSino's data seems at first glance lower than the 95% protection rate provided by shots from Pfizer and Moderna, it requires just one shot, not two.

That means it's more accurately compared to Johnson & Johnson's vaccine, the only other single shot that has released final stage testing data. That vaccine was found to be 66% effective in a global trial.

While their efficacy numbers are lower, single-shot vaccines offer some advantages over the cutting-edge mRNA inoculations from Pfizer and Moderna. The mRNA two-dose shots require deep-freeze storage and risk spoiling if thawed too quickly, creating distribution hurdles. CanSino and J&J's candidates are easier to store and don't require people to return at a set time for the second jab -- something that's hard to guarantee especially in developing countries.

"One vaccine, single visit and cheaper logistics, it has all those advantages," Sultan said in a phone interview Tuesday. "The single-shot is an important factor. Certainly, when you ask people to show up for a second shot three weeks later, people will not show up, forget or not care."

Among two-dose regimens, China's vaccines have fallen behind western and Russian peers. The shot developed by the state-owned China National Biotec Group Co., a unit of Sinopharm, was shown to be 78% effective, while one from Sinovac Biotech had a 50.38% rate in a trial involving high-risk medical workers. Russia's Sputnik V showed efficacy of 91.6%, matching the stellar efficacy of the mRNA shots.

Trials for AstraZeneca Plc's vaccine resulted in an average of 70% from two different dosing regimes.

The parade of efficacy reports has resulted in a steadily growing arsenal of inoculations as drugmakers and governments have sped up the vaccine development process to fight the pandemic. CanSino adds another successful candidate from Chinese developers, who have played catch-up with Western rivals in finishing Phase III trials after an early lead in the process.

As richer nations secure the first supplies and the WHO-backed Covax initiative that many developing countries were relying on for vaccines has not yet started, China is filling the void by donating its vaccines to poorer places.

CanSino has agreed to supply 35 million doses to Mexico while Malaysia is in talks to get 3.5 million shots. Pakistan, where one of CanSino's biggest trials is being conducted, will get 20 million shots. Pakistan's efficacy at preventing symptomatic cases is 74.8%, Sultan said Monday, adding that a tranche of vaccines had been sent by China's army to his country's military.

The doses have "been dedicated in its entirety for use in our national vaccine drive to protect health workers in the front line," he said.

The company is also working to get approval from the WHO so that its vaccine can be procured and distributed through the Covax program.

The company is said to have reached an agreement to run another trial in Russia to see whether swapping the second dose of Russia's Sputnik V vaccine with that from CanSino would produce the same or better protection against covid-19. Russia has faced production challenges for Sputnik's second shot, which uses the same adenovirus vector to deliver the coronavirus antigen that CanSino does.

CanSino's so-called viral vector vaccine, which loads an antigen from the coronavirus on a harmless cold-causing pathogen called adenovirus, was the first in the world to start human clinical trials back in March as China mobilized its drug regulators, research institutes and pharmaceutical companies in an all-out effort to develop tools against the coronavirus.

CanSino got off to a strong start, outpacing western rivals including Pfizer and AstraZeneca in pushing its shot through early human testing. Yet it got caught in growing tensions between China and Canada, with a planned trial in the North American country indefinitely delayed.

Meanwhile, the near elimination of the virus in China forced CanSino and other Chinese vaccine frontrunners to embark on a time-consuming search for testing sites for Phase III trials in other parts of the world.

The company eventually started those tests in Pakistan, Russia, Argentine, Mexico and Chile, when Western frontrunners were already close to reporting interim results.

Chinese vaccines have faced some skepticism because of confusion over efficacy rates and a lack of transparency, as the developers have disclosed less safety and testing information than western front-runners. The issues have threatened to undermine trust in shots that President Xi Jinping has promised to share with the rest of the world as a global public good.

They are nonetheless being rolled out across Asia, the Middle East and South America, with endorsements from heads of state. Mexico President Andrés Manuel López Obrador has pledged to get the CanSino shot, while Indonesian President Joko Widodo received Sinovac's vaccine in a televised ceremony.