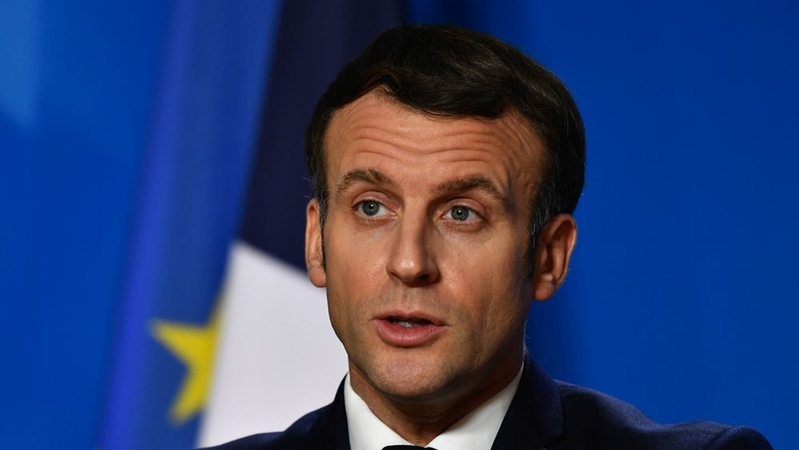 President Emmanuel Macron's vision for France Inc. to join forces in building batteries for cars of the future isn't going exactly as planned.

The more than 120-year rivalry between Peugeot and Renault has proved too fierce to overcome, even for a 5 billion-euro ($6 billion) project backed by their powerful shareholder, the French government. Instead, PSA Group, now part of Stellantis, and oil giant Total are pushing ahead without Renault, which may pursue its own plans with South Korea's LG Chem.

Macron sought to form a united front because batteries will be one of the most powerful forces to reshape Europe's auto industry in decades. Getting significant regional production up and running to counter Asian dominance and meet the needs of a booming electric-car market will take years, and it's been made more difficult by the pain inflicted by the pandemic.

"Every carmaker with plans to make and sell electric vehicles in Europe will need to eventually source batteries in the EU," said Jean-Louis Sempe, a Paris-based analyst at Invest Securities. "To be competitive, they will have to internalize this as much as possible and it will cost a lot of money."

France and Germany, where the electric revolution is making obsolete thousands of jobs in areas like engine and transmission-making, have led the political push over the past few years for developing a local battery cell industry in a bid to take back control of a car part that can make up 40% of an EV's value. Yet other carmakers are further along in sorting out battery-supply strategies than the French.

Volkswagen and BMW have teamed up with startup Northvolt AB, which has plans for factories in Sweden and Germany, while Tesla Chief Executive Officer Elon Musk has said he'll produce cells at the company's auto plant that's under construction outside Berlin. BMW will also source batteries from China's Contemporary Amperex Technology Co. Limited that is building a site in Erfurt, Germany.

In France, the inability of Renault and Stellantis to work together on what is effectively the country's only viable project to date has become increasingly clear. The companies have long battled to woo customers of affordable cars and even Macron's strong-arming them to work together in what was dubbed the 'Airbus of Batteries' has failed so far.

"Renault doesn't want to be in a supply agreement with PSA due to their historic rivalry," Sempe said. Their talks "may have ended in a clash, but for diplomatic reasons no one is saying so."

Carlos Tavares, the CEO of Stellantis, has left the door open for his competitor, stating "Renault is very welcome."

"Renault could bring us something from a technological point of view," said Yann Vincent, who heads the joint venture with Stellantis and Total called Automotive Cells Company. "But the business plan was built without them so we can move ahead without them."

At Renault, executives seeking to turn the loss-making automaker around have sent ambiguous signals. Chairman Jean-Dominique Senard has said the carmaker wants battery production close to its factories in northern France and could join ACC if it's "treated at parity."

CEO Luca de Meo has said only that the company is in talks with many companies about future supplies. Other parties include LG Chem, which provides batteries for Renault's best-selling Zoe model from its plant in Poland, and tiny French startup Verkor.

A little more than a year after Macron journeyed to a small town in southwestern France to promote ACC, an official in his office said discussions are ongoing about participation in the project including with Renault. Macron has looked to back innovation in industries like battery cells, automation and aeronautics as a way to safeguard jobs in France and keep factories going in regions outside the capital which have suffered from decline in the past decades.

Batteries can make up roughly 40% of the value of an EV depending on the model. They weigh hundreds of kilograms, making long-distance supply chains unworkable both environmentally and as vehicle output grows.

Governments are putting an eye-watering amount of subsidies into battery projects, as part of an effort to make Europe more self-sufficient. Electrified cars will account for 35% of sales by 2030, in a market that typically exceeds deliveries of 15 million vehicles annually, according to BloombergNEF.

The European Commission last month unveiled a second package in as many years bringing the total sum of support to 6.1 billion euros. Automakers BMW, Stellantis's Fiat Chrysler Automobiles and Tesla were listed as direct recipients along with companies ranging from chemical makers to power producers. The bloc expects the funds to generate another 14 billion euros in private investment.

Europe will need at least eight to 10 battery factories to support a market making 15 million battery-electric and plug-in hybrid vehicles annually, according to Jean-Luc Brossard, who oversees R&D at France's auto lobby La Plateforme Automobile. This would include a couple in southern Europe to supply car factories in Italy, Spain and Portugal, he said.

Stellantis's ACC will get 1.3 billion euros from France and Germany and has pledged to open plants in both countries. The project will have an initial production capacity of 8 gigawatt-hours and aims for 48 gigawatt-hours by 2030, enough to supply 1 million electric vehicles annually. By then, the European market will be about 400 gigawatt-hours, according to a company forecast.

ACC is far behind Northvolt, which was founded in 2016 by former Tesla executives and expects to start churning out cells later this year at a factory in Skelleftea, Sweden. It aims to grab a quarter of the European battery market, establishing 150 gigawatt-hours of manufacturing capacity in Europe by 2030. Aside from the BMW-backed plant of China's CATL, LG Chem already has a plant in Poland.

As EV sales grow, the potential for battery-supply bottlenecks is increasing. Tesla's Musk this month said cell production was "the primary limiting factor" on raising vehicle output. He has urged global suppliers to boost capacity, saying Tesla will "buy as much as they can send to us."

Competition in a tight market is adding tension for suppliers and carmakers alike. This week, SK Innovation Co. was banned from importing South Korea-made-batteries into the U.S. for 10 years, after rival LG Chem accused it of stealing battery-making secrets. The decision spells potential trouble for Ford and VW's EV plans, with Ford calling for the companies to work out a settlement.

If Renault opts to develop its own battery production at a French factory, the country could end up with two plants instead of one. ACC is still refining the type of battery technology it plans to adopt and has started discussions with a range of carmakers on selling future output from its plants, according to Vincent.

"There is more than enough room for all the battery projects out there now," he said.