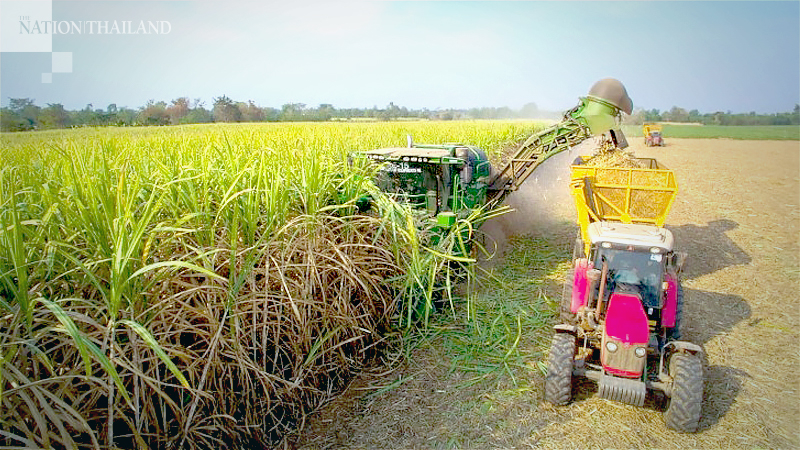 The Cabinet on Monday set the price of final-stage sugarcane with a sweetness of 10 commercial cane sugar (CCS) at Bt833.22 per tonne and set the yield rate for processed sugar for the 2019/2020 crop year at 357.09 per tonne, the government’s deputy spokesperson Ratchada Thanadirek said.

“The price of ripe sugarcane with different CCS values will be adjusted by Bt49.99 per CCS level,” she added.

She went on to say that the Industry Ministry’s new proposed rates for final-stage sugarcane and returns on manufacturing and sale of processed sugar are higher than for young sugarcane and sugar at early processing stage. Hence, she said, this means the Sugarcane and Granulated Sugar Fund will not have to cover the difference for sugarcane farmers and sugar mills.

“The new price and return rates are also in compliance with the World Trade Organisation [WTO]’s regulation on sugar dumping, which Thailand has been in dispute over with Brazil,” she said.

In 2016, Brazil filed a complaint with the WTO that Thailand’s subsidies had led to the dumping of Thai sugar in foreign markets, which violated WTO’s rules.

The measures cited in Brazil’s complaint were the Thai government’s sugarcane price guarantee scheme, soft loans for farmers and the ethanol subsidy scheme, in which molasses is used as the main ingredient in the production of the biofuel.

Industry Minister Suriya Juangroongruangkit had previously said that the sugarcane harvest for 2020/2021 crop year will be lower than the previous year due to the government’s policy to ban the burning of crops in a bid to reduce air pollution.

“Farmers will no longer be able to harvest sugarcane quickly by setting fire to their fields,” he said. “The ministry has instructed the Sugarcane and Granulated Sugar Fund to lend harvesting machines to farmers so there is no shortage of raw sugar.”

The fund is expected to loan out 112 harvesters.