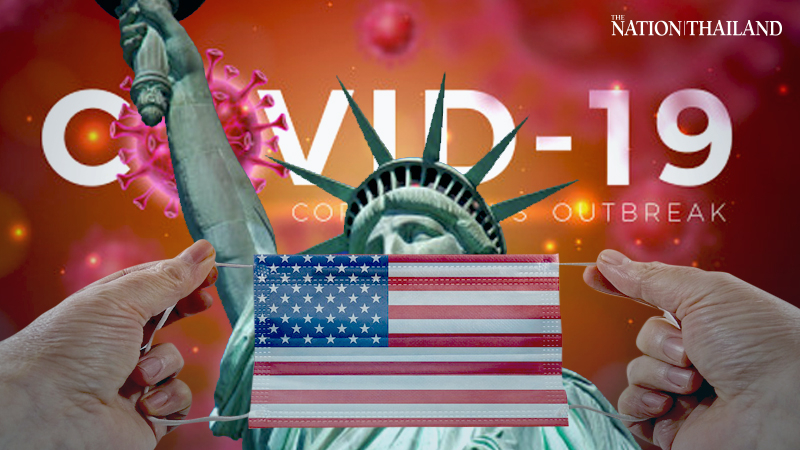 WASHINGTON - Even as the House prepares to pass President Joe Biden's $1.9 trillion coronavirus relief bill this week, divisions are growing among Senate Democrats over state aid and a $15 minimum wage - raising the prospect the bill might have to change significantly to pass the Senate.

Biden himself has forcefully defended his legislation in recent days, asking critics, "What would they have me cut?" Democratic senators, it turns out, have plenty of ideas.

Democrats' proposal would devote hundreds of billions of dollars to extending unemployment benefits through August and approving another round of stimulus payments at $1,400 per person, as well as devoting billions to vaccine distribution, housing and nutritional assistance, in addition to raising the minimum wage and helping states and local governments.

Sen. Joe Manchin III, D-W.Va., who has been a vocal skeptic of raising the current $7.25 federal hourly minimum wage to $15 an hour, as proposed by Biden, told reporters this week he hopes to amend the legislation to boost the minimum wage to $11 an hour instead.

Several Democratic senators are working on changes to the portion of the bill on state and local aid, including redirecting some of the money to invest in infrastructure to expand the broadband network.

Sen. Kyrsten Sinema, D-Ariz. - who has also opposed the $15 minimum wage increase - has been working to include more funding for small restaurants in the legislation, as well as lobbying for other provisions to help her state.

"Any money we spend needs to be focused where it would do the most good," Sen. Jon Tester, D-Mont., said at a hearing Tuesday, telling reporters later: "I think it's part of our job to put our fingerprints on this package so it does the most good." Tester said that he's been in touch with some other senators and that he wants to be prepared for a possible amendment process.

White House press secretary Jen Psaki acknowledged Tuesday the legislation may change and declined to rule out Biden signing a final bill that included an $11 minimum wage instead of the $15 he initially proposed. Any changes sought by moderates could run into resistance from liberal lawmakers and party leaders who have insisted on keeping the $15 an hour minimum wage plan in the bill.

"There's going to be a process that works its way through the Senate. We don't even know where it's going to end up," Psaki said.

Administration officials and lawmakers in both parties are currently awaiting guidance from the Senate parliamentarian on whether the minimum wage provision can even remain in the legislation under the complex Senate rules governing its consideration. A decision could come in the next day or two.

In the House, meanwhile, the legislation passed the Budget Committee on a party-line vote Monday. Lawmakers and aides are now preparing it for consideration on the floor, which could come Friday or Saturday.

The bigger hurdles are expected to come in the Senate, where the minimum wage has been a flash point, although attention is also focusing on the $350 billion for state and local governments in the legislation. The disputes could complicate plans by Biden and Democratic leaders to get the legislation signed into law ahead of a March 14 deadline when enhanced unemployment insurance benefits will expire without action.

A group of centrist lawmakers has been working on changes to the state and local aid portion of the bill as criticisms have intensified that some of that funding could be better spent to boost the economy more directly. Those suggestions are expected to soon be presented to Senate Majority Leader Charles Schumer, D-N.Y., one person familiar with the matter said, speaking on the condition of anonymity because the discussions were private.

Senior Democratic lawmakers have grown concerned that some states, upon receiving the federal aid, could cut local taxes rather than spend the money on needs related to the coronavirus pandemic.

"We could distribute billions to the states, and they turn around and lower taxes - there are governors talking about that, and it's not the point here . . . there should be a prohibition against voluntarily diminishing revenues," Sen. Angus King, I-Maine, said in an interview.

King suggested $50 billion of the $350 billion state aid portion be repurposed for broadband. Sen. Mark Warner, D-Va., made a similar suggestion during a hearing with Federal Reserve Chair Jerome Powell on Tuesday, saying, "I hope the current package can be changed to include a sizable investment in broadband."

Mark Zandi, chief economist at Moody's Analytics, published a report this weekend showing the state and local shortfall amounted to approximately $60 billion through fiscal 2022, when accounting for already approved federal support. Zandi said in an interview that he sent the analysis to White House officials, who have repeatedly cited his economic reports.

"There's still a lot of uncertainty in these estimates, but $100 to $150 billion would be appropriate given the circumstances. That's well shy of the $350 billion they have penciled in the legislation," Zandi said.

Jason Furman, a former senior Obama administration official, also said in an interview that some of the state aid funding could be better spent elsewhere or more precisely structured.

"The state fiscal relief total [in the bill] exceeds the amount states immediately need," Furman wrote in a text message. "It should either be better defined by focusing on what it should be spent on, like infrastructure or broadband; what it should not be spent on (like tax cuts); or the total should be reduced."

Officials representing cities and counties are gearing up to lobby to protect the state and local funding in the bill. They have been arguing for months that the $150 billion distributed to states from the Cares Act last March was woefully inadequate for their needs, especially because only the largest localities could get direct funding; that restriction does not exist in the legislation Biden proposed.

Tom Cochran, CEO and executive director of the U.S. Conference of Mayors, said some reports that reflect states rebounding economically mask how dire the situation is for cities across the country.

Labor groups and other advocates are closely watching moderate Senate Democrats and urging them to support the state and local aid funding in Biden's bill, according to Cochran.

"There is no indication from the House side or the White House that is not totally supporting the fiscal support for state and local governments. But the Senate throughout the pandemic has left state and local aid on the cutting-room floor. That's where the drama is going to be," he said. "You have to have the Democrats stand with the president to withstand this pressure. We have to make sure these senators stay with the president."

A White House spokeswoman said the Biden plan reflected the needs of states and cities, citing the administration's extensive conversations with local officials. The Center on Budget and Policy Priorities, a left-leaning think tank, said states, cities and U.S. territories face a revenue shortfall of about $300 billion through 2022.

The focus on moderate Senate Democrats comes after Biden's initial courtship of a group of 10 Senate Republicans went nowhere.

Sen. Susan Collins, R-Maine, who led a group of Republicans in a meeting at the White House about the relief package, said that talks with the White House have stalled and that GOP lawmakers are now considering amendments to the package.

"The administration has not indicated a willingness to come down from its $1.9 trillion figure. And that's a major obstacle," Collins said. "Unfortunately, the White House seems wedded to a figure that really can't be justified. . . . So what we're looking at now is whether there are changes that we could make."

Senate Minority Leader Mitch McConnell, R-Ky., said Tuesday that Biden has an "A+ personality" but that Republicans are "unified in opposition" to what he decried as a partisan bill.