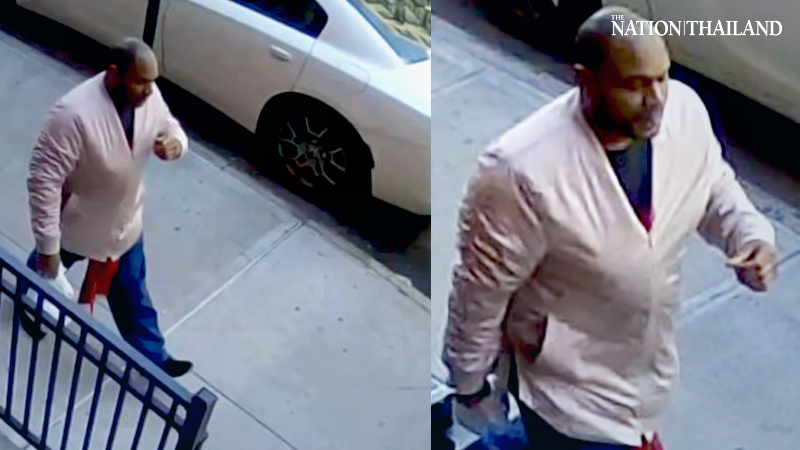 The New York Police Department has arrested a man in connection with a suspected hate crime against a 65-year-old Asian woman outside a Midtown Manhattan luxury apartment. The man in the incident was captured on video kicking the woman to the ground and then stomping on her in broad daylight Monday, while shouting "you don't belong here."

Brandon Elliot, 38, a parolee out on supervised release, was charged with felony assault as a hate crime early Wednesday, according to Police Commissioner Dermot Shea.

On Tuesday New York Mayor Bill de Blasio called the crime "disgusting" and vowed to bring the perpetrator to justice.

"I'm very frustrated by these attacks," de Blasio said during a press briefing Tuesday. "I know a huge effort is being expended to educate, to get people involved in the solution, to find the perpetrators, to bring them to justice."

A surveillance video, released by the police Tuesday, showed a man kick the woman outside an apartment building at 360 W. 43rd Street while the building's security guards looked on but didn't intervene. One guard then shut the door.

The Brodsky Organization, which manages the luxury Manhattan apartment building, said staff who saw the attacks were suspended "pending an investigation in conjunction with their union," according to a statement Tuesday. "The Brodsky Organization condemns all forms of discrimination, racism, xenophobia and violence against the Asian American community."

The victim of the attack, a Filipino immigrant, remains in the hospital recovering from a fractured pelvis, according to The New York Times.

The attack comes as the city's hate crimes task force is reporting an increase in attacks and racially charged violence against Asian New Yorkers they said increased during the pandemic when U.S. political leaders insisted on referring to the coronavirus as the "Chinese flu."

The incidents have led to protests by Asian-American leaders and community activists in New York and globally, as they respond to an outbreak of violence that includes a March 16 shooting in the Atlanta metropolitan area where eight people died, including six women of Asian descent.

President Joe Biden on Tuesday announced plans to address the hate crimes against the Asian-American community, including increasing access to hate crime data and requiring new training for local police.

U.S. Attorney General Merrick Garland on Tuesday directed Justice Department employees to give priority to investigating and prosecuting hate crimes and incidents, noting "the disturbing trend in reports of violence against members of the Asian American and Pacific Islander community," according to a memo to department employees.

Garland, who became the nation's top law enforcement officer almost three weeks ago, ordered a review to be completed in a month to determine specific steps that can be taken to better combat hate crimes.

"We must recommit ourselves to this urgent task and ensure that the department makes the best and most effective use of its resources to combat hate," Garland wrote.

Stop AAPI Hate identified nearly 3,800 anti-Asian incidents since last March, 6.2% of which were targeted at people over 60 years old and an overwhelming 68% at women.

"It's disgusting and outrageous," de Blasio said, of the video. "But then to see a security guard standing nearby and not intervening, it's absolutely unacceptable. Look, I don't care who you are. I don't care what you do, you've got to help your fellow New Yorker."