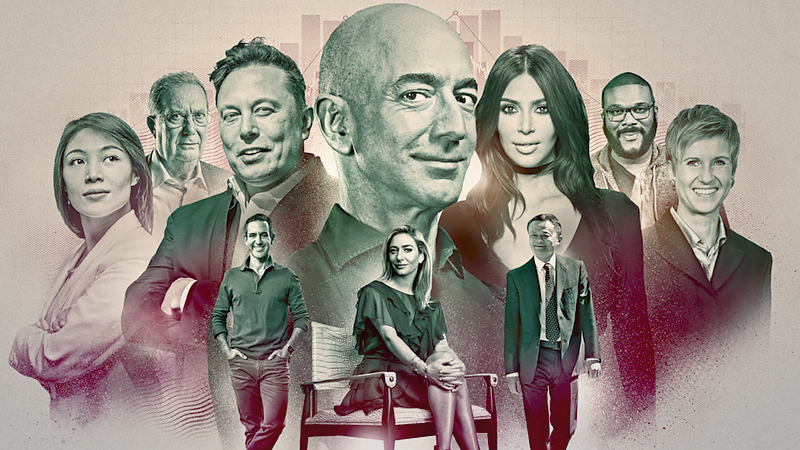 In a year when most economies are struggling from the fallout of the Covid-19 pandemic, the world also has an unprecedented number of billionaires. Forbes’ on Wednesday announced 2,755 richest people, including 493 newcomers. Together, these billionaires are worth US$13.1 trillion, up from $8 trillion last year.

“This was a record-breaking year in multiple ways, with more newcomers than ever before and more billionaires globally,” said Kerry A Dolan, the magazine’s assistant managing editor. “It was also the first time that the combined net worth of the world’s billions crossed into double-digit trillions. The pace at which huge fortunes have been created is astonishing.”

In a comprehensive essay, titled “Operation Wealth Speed”, Forbes’ chief content officer Randall Lane writes: “While the initial reaction to the billionaire surge of 2021 will lean toward outrage, the underlying trends offer a road map to greater prosperity for all. Like anything else salvaged from a once-a-century plague, we just need to be brave enough to harness it.”

Despite the turmoil that we’ve seen, Lane writes, people are defying the odds to overcome challenges, like Tyler Perry, who created his own studios in Atlanta because no one would give him a break in Hollywood, or Uğur Şahin, the Turkish immigrant to Germany whose BioNTech helped produce a Covid-19 vaccine in months, rather than years – all embody economic dynamism.

• This is the first time in two decades that Warren Buffet is not among the top five richest people in the world, coming in at No 6.

• Newcomers: The most notable newcomer is Whitney Wolfe Herd, founder and CEO of dating app Bumble, which went public in February.

• Self-Made: This year’s list features a record 1,975 self-made billionaires, who have built a company or established a fortune on their own.

• Globally: Asia-Pacific boasts 1,149 billionaires, followed by the United States with 724 and Europe with 628.