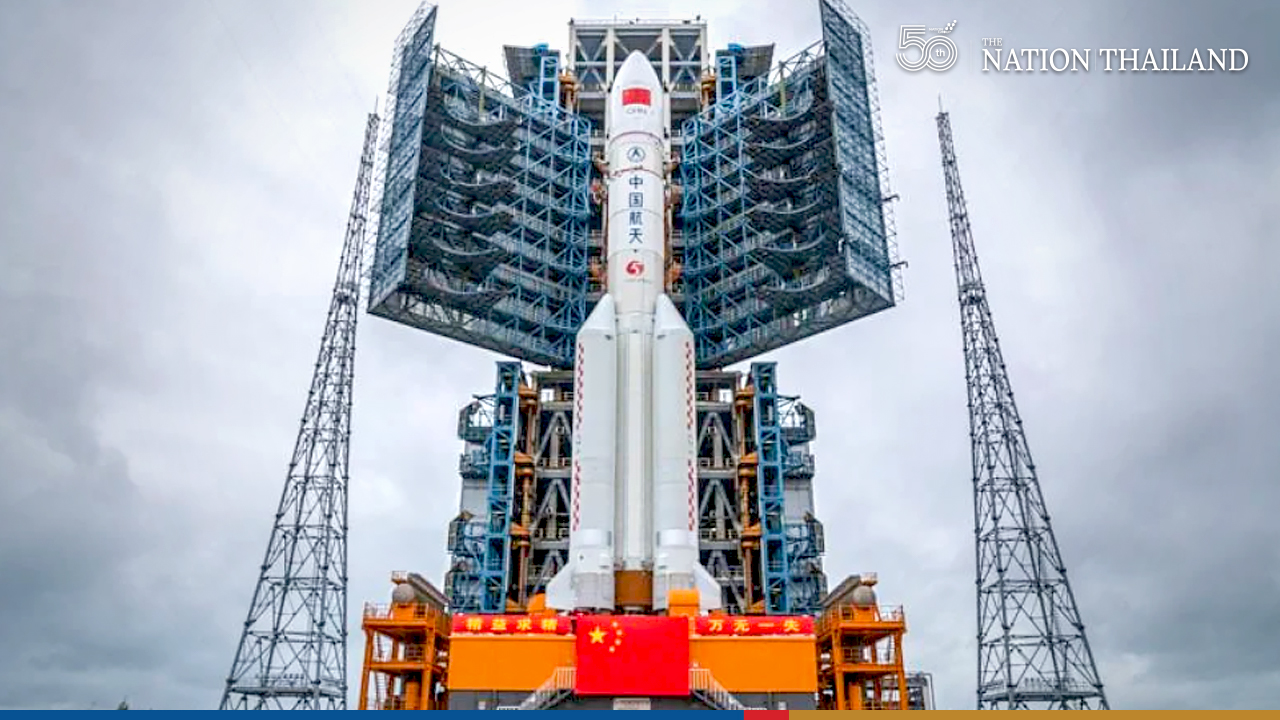 The 20-tonne chunk of Chinese space junk due to crash to Earth this weekend has a slim chance of falling on Thailand, the Geo-Informatics and Space Technology Development Agency (GISTDA) said on Friday.

The core of China’s Long March 5B rocket was spotted circling the Earth in unstable orbit on Thursday, and experts say its debris is likely to reach the ground on Saturday or Sunday.

GISTDA executive director Pakorn Apaphant explained that China launched the rocket on April 29 on a mission to deliver the main module of China’s first space station, the "Tianhe", which is expected to be completed in 2022.

He said GISTDA and three international agencies – the United States Space Command, European Space Agency and Aerospace – expect the 20-tonne rocket core to re-enter the atmosphere and tumble to Earth on Sunday.

"The time and location where it will fall will be clear about three hours before it hits the ground," he said.

He said there was only a 0.18 per cent chance that the falling rocket core would affect Thailand, as calculated by AstroLab's ZIRCON space traffic management system.

"However, we will monitor the situation and give updates," he said.

He added that most large pieces of space junk fall to Earth without causing damage to property.

About 150 tonnes of space hardware re-enter the atmosphere each year, but so far there have been no casualties.

However, the last time China launched a Long March 5B rocket, “they ended up with big long rods of metal flying through the sky and damaging several buildings in the Ivory Coast,” said Harvard University astrophysicist Jonathan McDowell. He was referring to reports of Chinese space debris crashing onto the west coast of Africa on May 11 last year.

GISTDA chief Pakorn said: "Under space law, if an accident occurs, the country that owns the [space junk] is responsible for damages.”