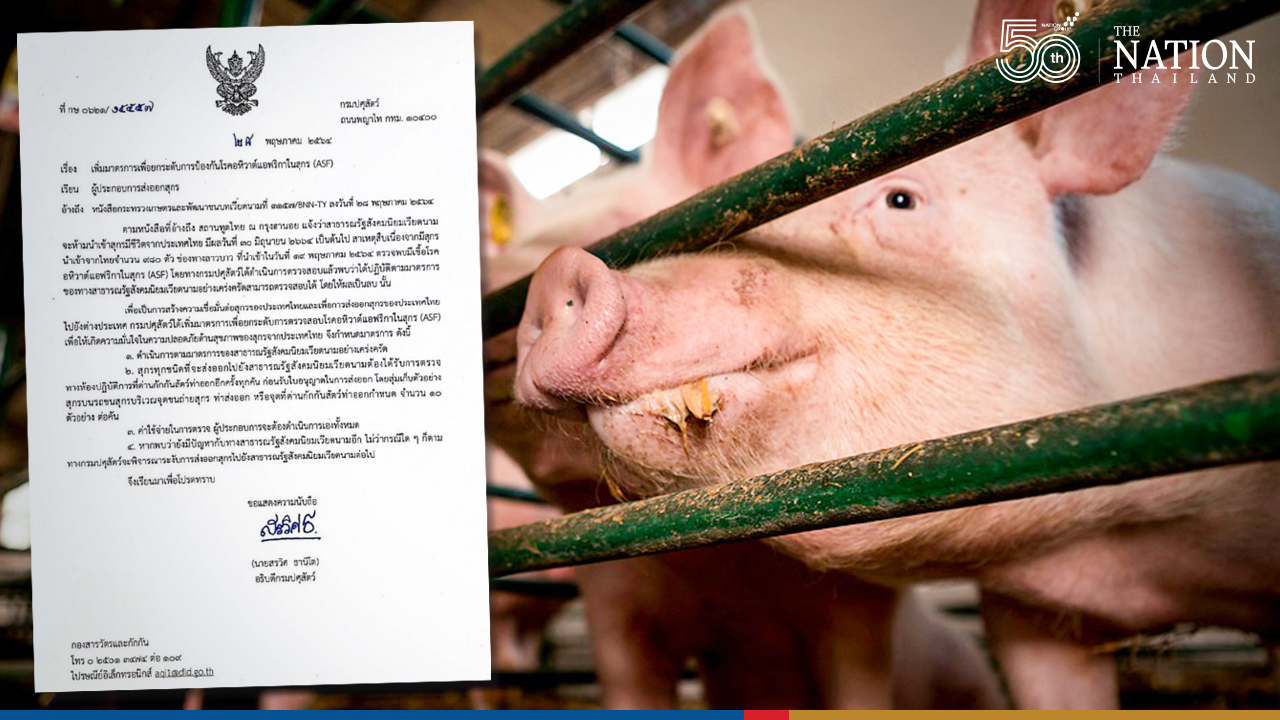 Preliminary investigation has revealed no trace of the African swine fever (ASF) virus in live pigs being exported as claimed by a Vietnamese authority recently, the chief of the Thai Department of Livestock Development said on Sunday.

Vietnam’s Ministry of Agriculture and Rural Development earlier this month had submitted a letter to the Royal Thai Embassy in Hanoi stating that Vietnam would ban the import of pigs from Thailand from June 30 due to trace of ASF virus being found in one lot of pigs.

“To restore confidence in Thai livestock products among foreign trade partners, we have ordered a temporary halt on export of live pigs from the company and farm from which Vietnam claimed they found the virus,” said Sorawit Thanito, director-general of the department.

“We will set up a committee to thoroughly investigate the issue and notify Vietnam as soon as we have a conclusion,” he said.

The department has also ordered all exporters of live pigs to Vietnam to perform laboratory tests at the outgoing quarantine station by testing samples from at least 10 pigs per truckload.

Sorawit added that this measure would be followed on top of the measures under Good Agricultural Practices that the department had implemented on all livestock products being exported to Vietnam, which include vaccination against foot and mouth disease, porcine reproductive and respiratory syndrome, brucellosis and leptospirosis and a test to ensure that the animals are free of beta-agonist.

“For consumers who are concerned about the safety and cleanliness of pork, we advise you to buy only products that have 'Livestock OK' stickers, which have been granted to farms and manufacturers who get certification from the department with full traceability and in compliance with international standards such as Good Agricultural Practices, Good Manufacturing Practices, Good Hygienic Practices, Hazard Analysis and Critical Control Point,” said Sorawit.