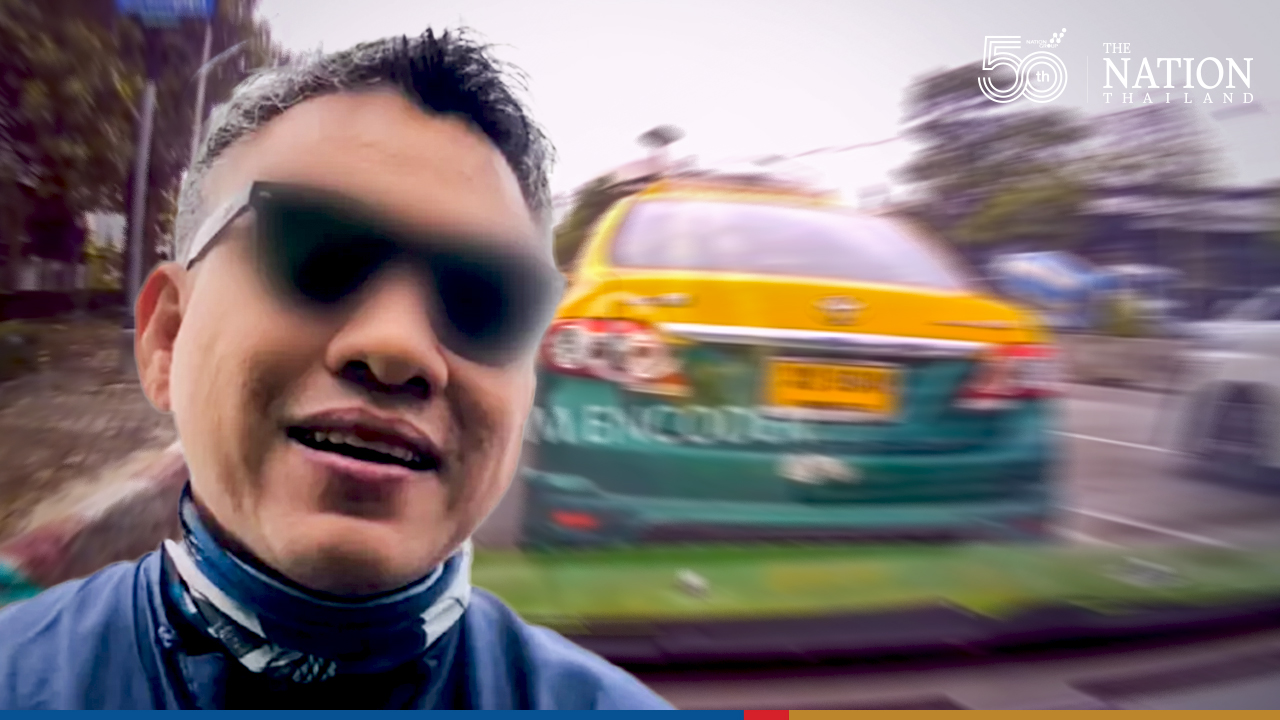 Police have arrested an abusive Bangkok taxi driver after a quick-thinking victim snapped his number plate and used it to link him to other attacks.

On Thursday (June 10), Facebook user Mani Reset (Manita Chitbenjakul, 25) revealed details about her disturbing encounter with a taxi driver the evening before.

She said she had been waiting for a bus under On Nut BTS station on Sukhumvit Road at 7pm. The area was well-lit and there were plenty of other pedestrians around.

A taxi drew up in front of her, but she ignored it because she was waiting for the bus. The cabbie immediately hopped out, approached Manita and pulled her medical mask from her face. She shouted at him and the man began to retreat to his taxi. She demanded an explanation from the driver, he retorted “what is your problem”.

Luckily, the encounter ended there, and a witness urged Manita to take a photo of the taxi number plate.

It turned out that this was not the first violent incident involving the taxi driver.

In the same Facebook post, Manita shared photos captured from chatboxes as evidence that the driver of the same taxi had attacking other people.

In one message, a woman passenger said the taxi driver had tried to take her to a motel. In another, a woman described how she was punched and extorted by the same driver after he stopped the taxi suddenly. She said the driver falsely claimed that her boyfriend had tried to punch him first.

In addition to female victims, Manita on Sunday shared the story of a male victim. Facebook user Songkran Intasurat posted that a taxi with the same plates overtook his car and forced it to stop. He said the driver approached his car with a wooden club and threatened to smash it unless Songkran got out. Luckily, he got support from a passer-by, and the cabbie eventually left.

Manita filed a case against the taxi driver with Prakanong police. On Monday, they traced the driver to Soi Ngamwongwan 53 and named the suspect as Nana Meesomtop, 46.

The man confessed to attacking Manita, and was charged with mild assault. He was fined THB1,500 and sentenced to 15 days in prison.

Other alleged crimes committed by the cabbie will be investigated by the stations with jurisdiction over the areas where they were committed.