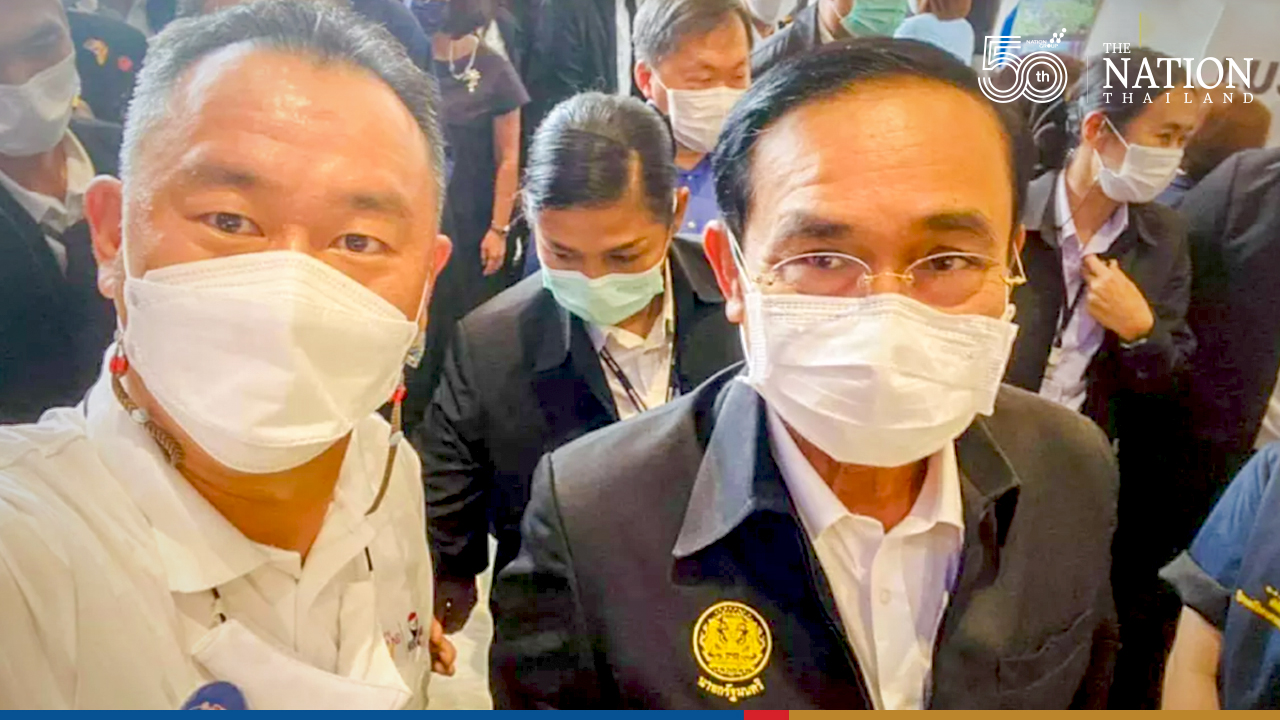 The president of Surin’s Chamber of Commerce has tested positive for Covid-19 just days after being pictured beside PM General Prayut Chan-o-cha, apparently at the Phuket reopening ceremony.

Veerasak Pisanuwong announced on Facebook that he had been admitted to Surin Hospital after testing positive there on Sunday.

Veerasak said that he had just returned from attending the opening ceremony of the Phuket Sandbox campaign in the southern island province. “I am sorry for making everyone worried. I urge anyone who has been in close contact with me recently to self-isolate for 14 days for everyone’s peace of mind,” he added.

Veerasak had earlier posted a selfie taken with Prayut, who led the Phuket ceremony on July 1.

The post and photo have sparked calls on social media for the PM to enter quarantine as well.

After Veerasak’s post and selfie went viral, both were deleted, making it impossible to identify when exactly the photo with Prayut was taken.

Government spokesman Anucha Burapachaisri said on Monday afternoon that Prayut had been self-isolating since returning from Phuket and would continue to perform his duties from home.