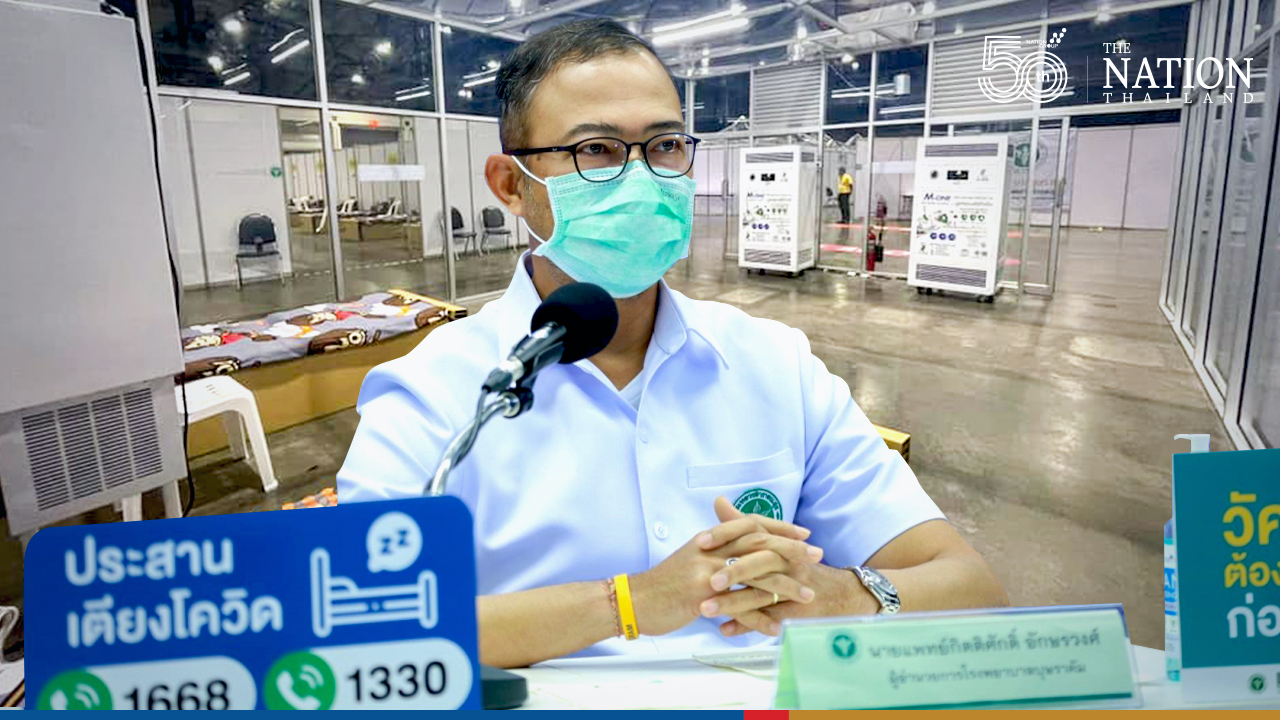 The Bussarakham field hospital in Nonthaburi province has added 17 intensive care units, which will open on Monday, and another 550 oxygen machines.

Dr Kittisak Aksornwong, assistant permanent secretary, Ministry of Public Health, said that the field hospital, located in the Challenger Hall of the Impact Muang Thong Thani exhibition centre, has been in operation since May 14, initially with 1,100 beds. The number of beds was expanded as more patients came in. It currently has 3,700 beds.

In the two and a half months since its opening, a total of 12,929 patients have been treated.

There are currently 3,500 patients undergoing treatment, about 9,000 have gone home, and some have been referred to other hospitals with more facilities, he said.

Dr Kittisak said that from May 14 to June 30, they had only used 2,000 beds with about 4,200 patients. However, the numbers spiked in July with the number of severely-ill patients increasing from 2 per cent to 5-10 per cent at the end of July. The hospital has 800 oxygen points for over 3,000 beds, but 3-4 days ago they had used up almost all of the 750 points. An additional oxygen concentrator is required. The official has ordered an additional 550 units because, from the forecast, the ongoing outbreak could last a while.

Bussarakham Hospital has patients of all types, and of many nationalities, including Laotian, Myanmar, Cambodian and other foreigners. The proportion of foreigners is around 40 per cent. However, the number reduced to 20 per cent in July.

Dr Kittisak said that the hospital is building a 17-bed intensive care unit with negative pressure system for critically ill patients. It is expected to open next week. It has all the required equipment and a team of doctors and nurses are travelling from other provinces on Sunday to staff the ICUs.