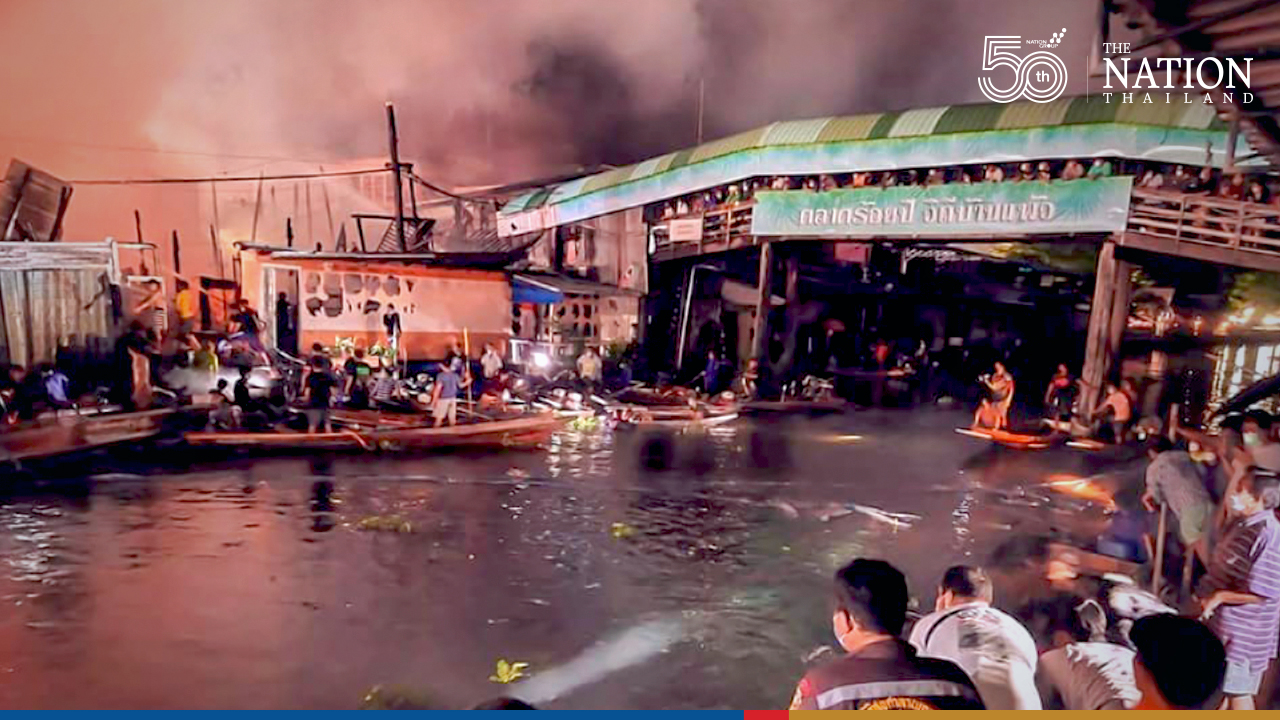 The fire at a 100-year-old waterfront market in Ban Phaeo district of Samut Sakhon province on Saturday was put out with help from officials and locals.

The fire was reported at 9pm to the Department of Disaster Prevention and Mitigation.

Samut Sakhon Governor Weerasak Wijitsaengsri said that the fire was controlled in half an hour with constant water spray throughout the area.
More than 10 residences were damaged but no one was injured, and the locals were safely evacuated to Ban Phaeo’s meeting hall.

The fire was put out by the authorities with help from the Ban Phaeo boat team which used water pumps on their boats to spray water from the canal as big fire trucks could not reach the scene.

Looking at the Chemical Factory Explosion in All Dimensions

Wildfire pushing California toward the brink of blackouts