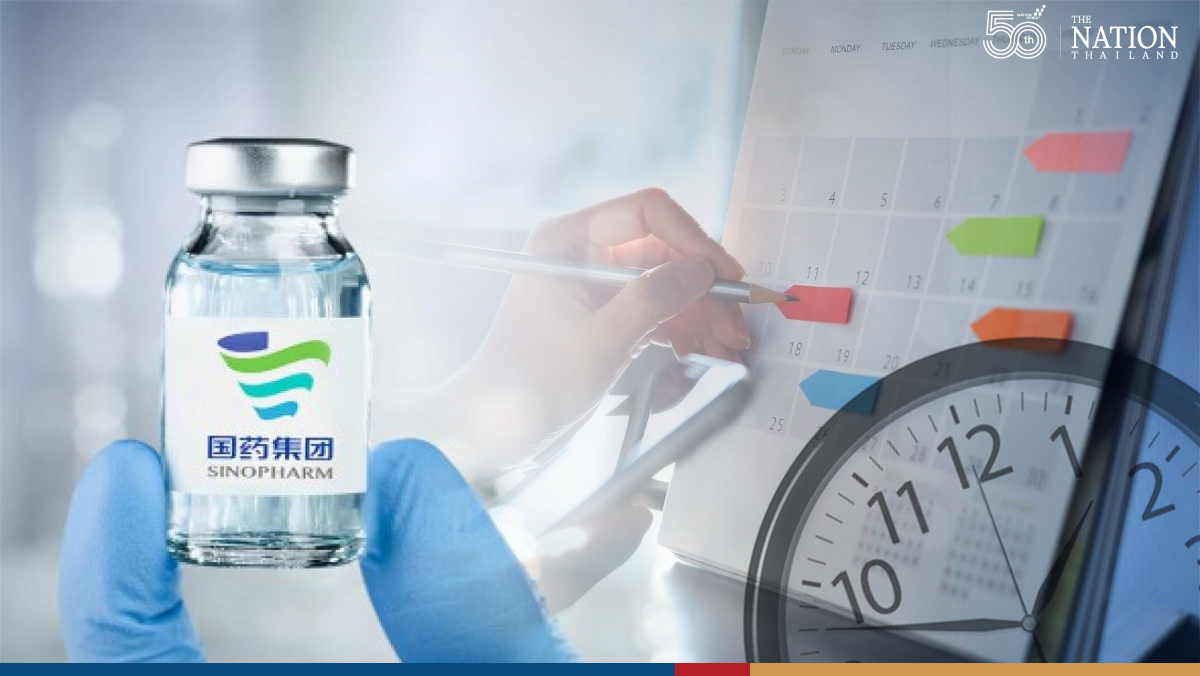 The fifth batch of the 10 million doses ordered by the Chulabhorn Royal Academy arrived from China on Sunday. This batch had one million doses.

In cooperation with the Public Health Ministry and Bangkok Metropolitan Administration, the academy has been distributing the jabs to people in the capital at the set price of 1,554 baht for two doses.

The aim is to provide Sinopharm jabs free of charge to five targeted groups, namely:
• People with disabilities
• Underprivileged people living in crowded conditions
• Elderly, bed-ridden or chronic patients
• Monks
• People at risk who are unable to register on the official vaccination scheme.

Of the 10 million doses ordered, 8.9 million have been booked, while 1.1 million doses are still up for the taking.
The academy will launch a second round of registration this month for individuals and companies, which will be eligible to book 100 to 2,000 doses.

The academy is also considering providing Sinopharm jabs to children between the ages of three and 17, as the Chinese government has approved emergency use of the vaccine for this age range.

The Chulabhorn Royal Academy will gradually slow down the import of Sinopharm jabs once vaccines are more easily available later this year.

Thais warned not to fall for scammers offering Covid jabs