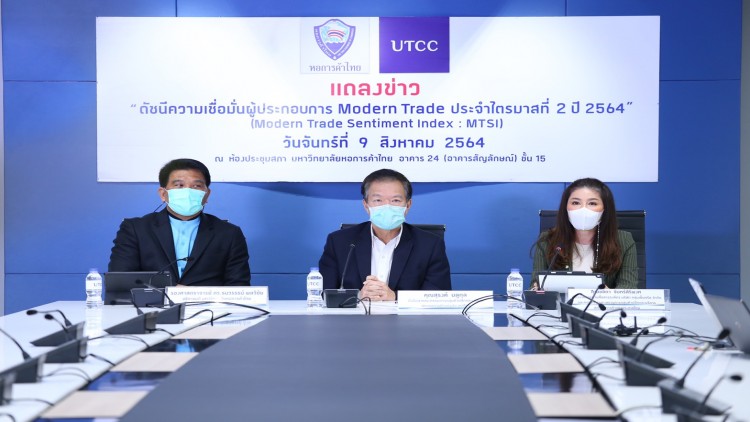 The modern trade sentiment index in the second quarter of 2021 plummeted to its lowest point in three years due to the impact of fresh lockdown measures, according to a survey by the University of the Thai Chamber of Commerce (UTCC).

“The index for the second quarter this year is 45.3 – the lowest point for 12 quarters since the centre started surveying modern-trade sentiment in the third quarter of 2018,” said Thanavath Phonvichai, director of the UTCC’s Centre for Business and Economic Forecasting, which conducts the surveys.

Thanavath cited retailers’ concern over the Covid-19 situation and lockdowns in 29 provinces including Bangkok, which he said are costing the economy around 500-800 billion baht per month.

The provinces under lockdown account for about 70-80 per cent of the country’s GDP, the centre said.

“Cluster cases among workers in many supply-chain industries and inefficient handling of the Covid-19 situation by the authorities have further damaged businesses’ confidence,” Thanavath added.

However, the centre forecast that if the government can control the outbreak before the end of the third quarter, the economy will start to recover in the fourth quarter.

Chalida Chansiriphong, director of retail and service group at the Federation of Thai Industries, said the lockdown in 29 provinces has caused food sales via the modern trade channel to fall from 70 per cent to 10-20 per cent of all food sales. “Channels that suffered the biggest loss in sales are convenience stores that used to open 24/7, while many factories producing fresh foods have cut capacity to 30 per cent due to low demand and restricted transport,” she said.

These factories are expected to resume full production capacity by October, she added.