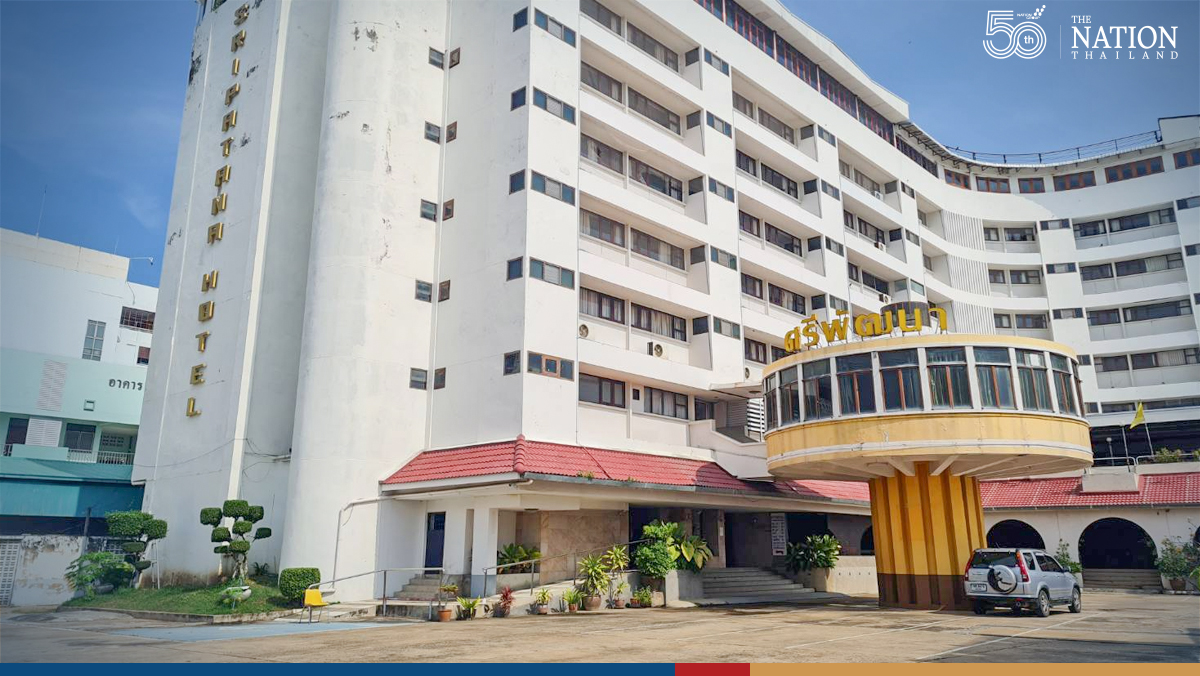 Korat hotel goes on sale after severe impact from the pandemic

Sripattana Hotel, a well-known hotel in Korat, is up for sale at a price of THB250 million. The hotel’s appliances were sold for low prices on Saturday after the business was shut down since 2020 due to the Covid-19 pandemic.

On Saturday, a sign saying “Appliances and equipment for sale” was reportedly seen at the hotel entrance.

The hotel, which is in Nakhon Ratchasima province, has been closed since October 2020, after it suffered from the pandemic impact and the economic stagnation.
A fence was built around the front area of the hotel and security guards were hired to watch over for many months, before the hotel was put up for sale at THB250 million.

Thai and Japanese investors have expressed interest in the property. But, due to bank loan problems, the hotel has not yet found a buyer.

The sale of appliances and equipment drew strong interest from the people and some 90 per cent of electrical appliances had already been sold.

The eight-storey Sripattana Hotel was ranked 3.5 stars. It has 183 guest rooms, a banquet hall, an outdoor pool, a karaoke room, a traditional massage spa and restaurants.

The hotel was founded by General Kris Sivara, the former minister of defence and the former chief of the Royal Thai Army. The hotel opened its doors in 1967, and in 2011 Rathprateep Keeratiurai, one of the Nakhon Ratchasima Chamber of Commerce founders, made a contract with the owner to manage the hotel on behalf of Korat Sripatana Co Ltd.

Rathprateep had offered the hotel as a temporary Covid-19 treatment facility in March 2020, before the lease expired in September 30 and business was closed due to the impact of the pandemic.

The hotel is currently owned by General Kris Sivara’s heir, but the business was not intended to be continued. Therefore, the selling of the hotel, the hotel’s appliances and equipment has been announced accordingly.