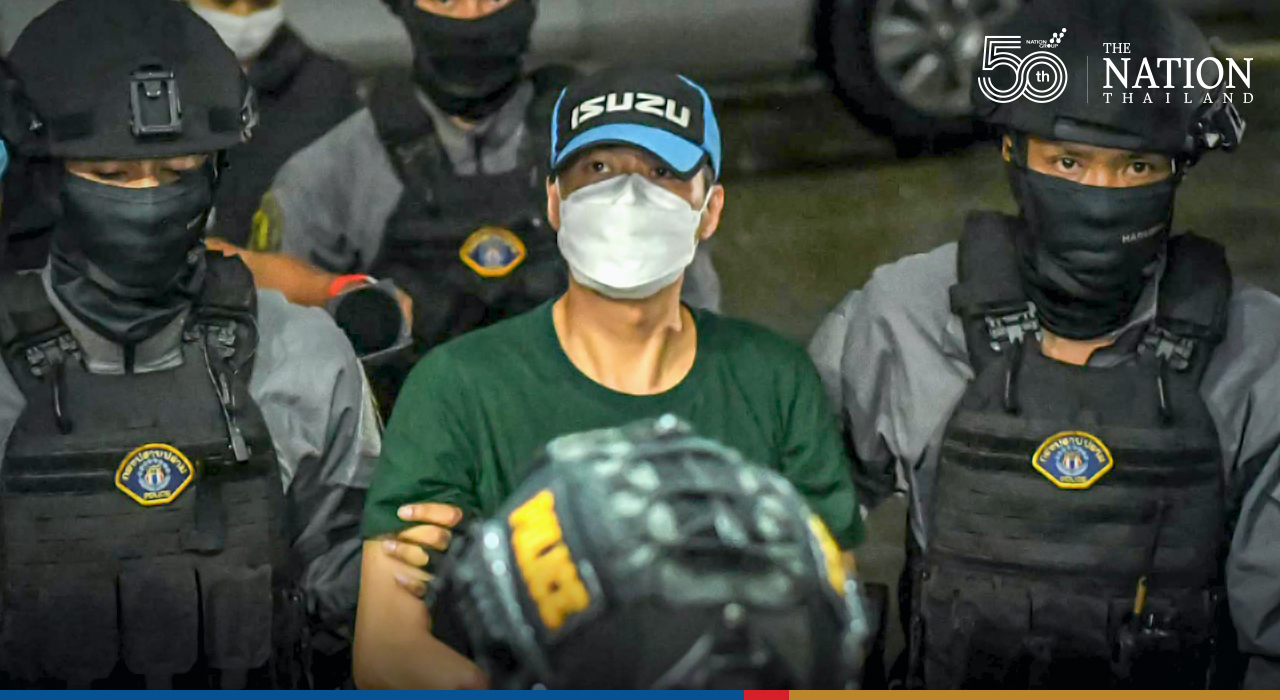 Complaints filed against Thitisan by other officers said he allegedly demanded 2 million baht from two suspects, a man and a woman, in a narcotics case before "suffocating the man to death" with plastic bags. Thitisan then allegedly ordered a doctor to put the cause of death down to drug overdose and told the woman to keep quiet before releasing her.

The former police station chief was fired from the force on August 25 and was arrested the next day in Chonburi province.

“The victim’s head was covered with six layers of plastic bags, with the innermost layer clinging tightly to his face and therefore restricting his airway,” Somphong said.

“Moreover, the victim’s head was forced in a downward position, then he was pinned to the ground, which made breathing even harder,” Somphong stated.

“CCTV footage revealed that the layers of plastic were tightly twisted around the victim’s neck for more than six minutes,” he added.

“Although traces of drug were found in the victim’s body, the covering of the victim’s head in such a manner was enough to kill him. Therefore, the cause of death is concluded as suffocation,” Somphong said.

He also said the prosecutor and investigation officers agreed that Thitisan and six other suspects who were involved in the interrogation intended to kill the suspect.

“The reason claimed by Thitisan that he used this technique to get the victim to reveal where he got the drugs from is therefore inadmissible,” Somphong said, adding: “Please rest assured that the prosecutor will investigate this case carefully step by step, which should be completed in a timely manner.”