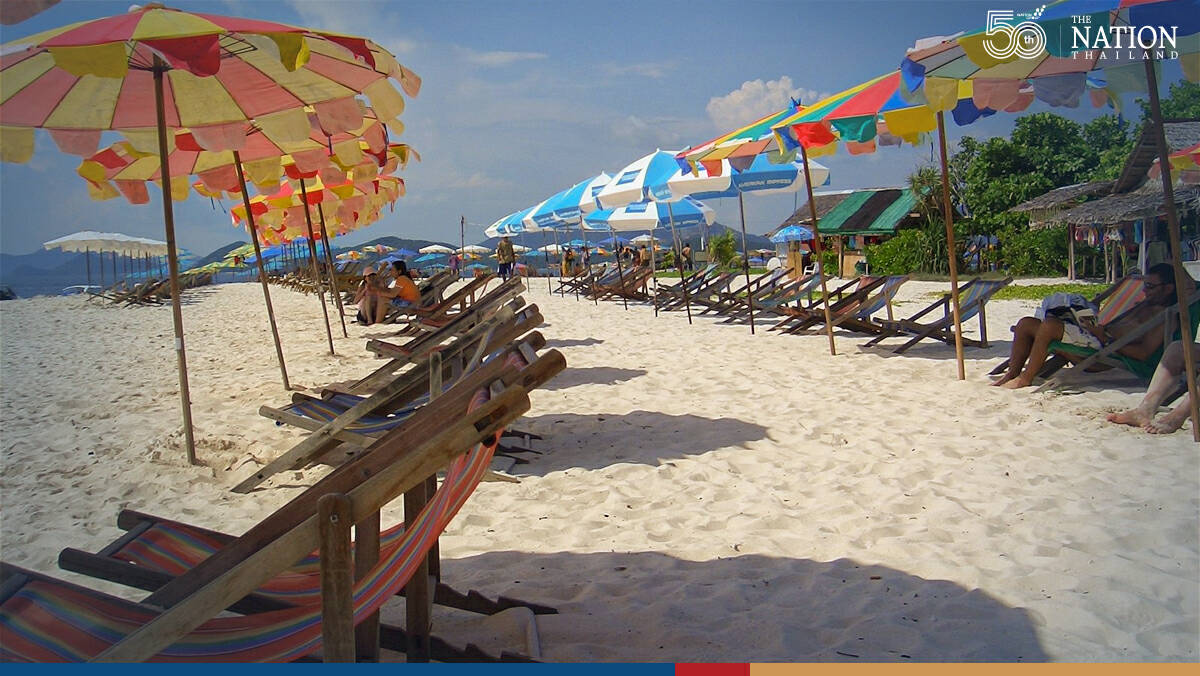 The trial reopening began in Phuket on July 1, followed by three resort islands of Surat Thani on July 15.

Under the “Phuket Sandbox” programme, foreigners who can verify they have been fully vaccinated against Covid-19 and test negative can fly into the province and move around freely without having to quarantine. After staying in Phuket for 14 days and testing negative again, they can travel to other provinces.

The Samui Plus Model links with the island-hopping scheme called “7+7 Phuket Extension”, in which visitors who spend 7 days on Phuket and still test negative can travel to tourist islands in Surat Thani, Krabi and Phang Nga provinces for seven days. This campaign launched on August 16.

Phuket Sandbox not quite the resounding success as expected

However, the tourism sandboxes have received a lukewarm response from foreigners. From July 1 to September 26, the Phuket Sandbox has recorded over 37,000 foreign visitors, less than half of the Ministry of Tourism and Sports’ target of 100,000 visitors in the first three months.

Meanwhile, Samui Plus logged only 900 visitors in more than two months up to September 26, significantly lower than the 1,000 visitors per month targeted by the province’s tourism association.

Krungthep Turakij newspaper gathered opinions from the tourism-related public and private sectors as to why the sandbox programmes failed and how to improve them to successfully restore the Covid-ravaged tourism industry:

The escalating Covid-19 outbreak in Thailand

The emergence of the fourth wave of Covid-19 in April which pushed up daily cases to over 20,000 prompted many countries to raise their warning level for travel to Thailand. United States’ Centers for Disease Control on August 9 warned its citizens that Thailand poses the highest risk (level 4) for Covid-19. Then, on August 26 the United Kingdom placed Thailand on its Red List, forcing returnees from Thailand to the UK to spend 10 days in a state quarantine facility at their own expense of around 2,230 pounds or THB100,000. These factors are likely a major contributor to the failure of sandbox programmes since tourists tend to avoid countries with high infection risk.

For a province to join the sandbox programme, at least 70 per cent of its populace must have been fully vaccinated against Covid-19 to achieve herd immunity. However, the government’s tardiness in distributing vaccines to tourism provinces delayed their plans to reopen, which also rendered the existing programmes less attractive as fewer tourism destinations were available. So far, five provinces – Bangkok, Chonburi, Chiang Mai, Prachuap Khiri Khan and Phetchaburi – have been forced to delay reopening from October 1 to November 1 because their vaccination rate is still too low.

Each province under the sandbox programme has its own standard operating procedure (SOP) that foreign tourists must follow before entering and while staying in the destination. Details of these SOPs differ from province to province, which may confuse tourists as to which regulations they have to follow and where. Many parties propose that all areas under sandbox programmes should employ the same SOP for uniformity and simplicity, which would help attract more foreign tourists.

Mandatory RT-PCR testing is too expensive

Many foreign visitors have complained that the required RT-PCR Covid-19 tests upon arrival, during their stay and to enter other provinces cost too much. Foreigners are charged 8,000 baht for three RT-PCR tests – more than twice as much as Thai nationals, who pay 800-1,200 baht per test.

14 days in quarantine is too long

Tourism operators have suggested reducing the required 14-day quarantine for foreign visitors to 10 or 7 days to attract tourists who want to travel beyond the pilot provinces, thereby expanding the target groups of sandbox programmes. On September 23, the National Communicable Disease Committee responded by asking the Centre for Covid-19 Situation Administration (CCSA) to reduce the quarantine requirement to 7-10 days under these conditions:

- Mandatory quarantine reduced to 7 days for those who have been fully vaccinated and test negative via the RT-PCR method upon arrival and when they leave the ALQ hotel.

- Mandatory quarantine reduced to 10 days for those who have been vaccinated with one dose and tested negative via RT-PCR method upon arrival and when they leave the ALQ hotel.

- Mandatory quarantine remains at 14 days for foreign tourists who have no vaccination certificate. They also need to test negative via the RT-PCR method upon arrival and when they leave the ALQ hotel.

The CCSA has yet to approve this proposal.