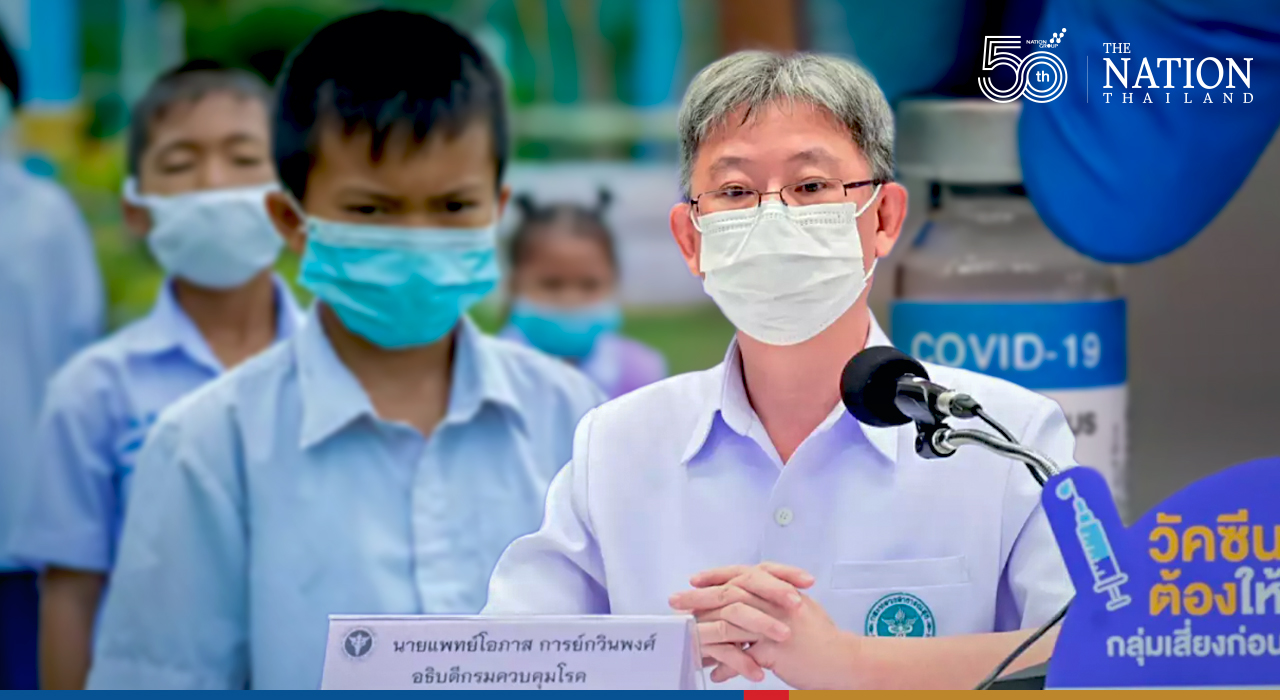 The Public Health Ministry said it will continue giving male students their first Pfizer jab but will monitor them for side effects in line with recommendations from Thailand’s Royal College of Paediatricians.

Opas Karnkawinpong, director-general of the Department of Disease Control (DDC), said symptoms of myocarditis and pericarditis, or inflammation of the heart muscle and pericardium, were detected in some of the 12 to 17-year-old boys who had received the mRNA vaccine.

Six out of 100,000 who had received a second Pfizer jab had developed mild symptoms and recovered soon, he said citing a foreign report.

“In Thailand, four out of 130,000 boys who received two Pfizer jabs developed myocarditis, so we have decided to double-jab female students and give male students just one jab. We believe the benefits of the vaccine far outweigh the side effects,” he said.

He added that the vaccination drive covers all students aged between 12 and 17 nationwide, including those being schooled at home and foreign students. The drive also includes university students below 18 and Matthayom students above 18.

He also advised schools to implement measures to curb the spread of Covid-19, such as improving ventilation, ensuring social distancing and the wearing of facemasks. He said school premises should also be regularly disinfected and rapid antigen tests conducted regularly. He said applying these measures will help prevent schools from becoming new Covid clusters.

Separately, he expects 119 million people in Thailand to be vaccinated by the end of this year, of which 60 million will have received their first shot, 52 million their second shot and 7 million their third.

“Next year, the ministry will start administering the first shot to children aged three to 11. The DDC has signed a contract to purchase 60 million doses of AstraZeneca for them,” he added.