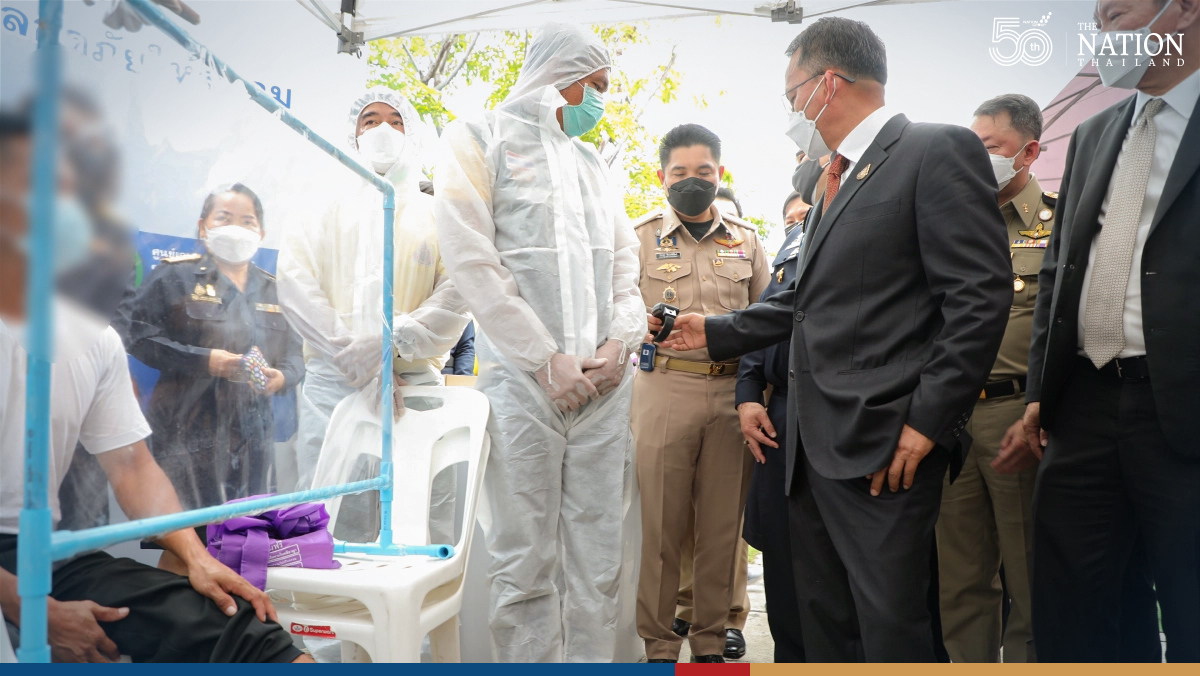 Samut Prakan Central Prison since September 20 has sent 145 prisoners to work with selected entrepreneurs in industrial sector in the province as part of the ‘Samut Prakan Model’ initiative.

“The programme aims to provide prisoners with an opportunity to improve their industrial skills and increase the chance of employment after they finish serving their sentence,” said Justice Minister Somsak Thepsuthin on Monday. “Prisoners to join the program will have to wear EM (electronic monitoring) bracelets while the entrepreneurs will provide lodging, wages and other benefits as required by the labour law.”

Two entrepreneurs in Samut Prakan have joined the programme since September 20 under the MOU with Ministry of Justice and Department of Probation, namely Retail Business Solutions Ltd. and Tai Thong Machinery Ltd.

“The ministry hopes that more entrepreneurs will join the programme in the future and the Samut Prakan model can be developed into a bigger initiative,” said Somsak. “For example, we are studying the possibility to establish Department of Correction’s Industrial Estate to specifically provide career opportunity to prisoners, which will be a great way to reduce prisons’ crowdedness while giving a second chance to prisoners and providing industrial sector with much needed skilled labours.”

Meanwhile, Witthawan Sunthonkhajit, Department of Probation director-general has added that more than 74,000 prisoners wearing EM bracelet have been released under the department’s partial release programme. “We have encountered no problem so far,” he said. “Entrepreneurs can rest assured that the released prisoners will not cause problems to your businesses, as they will be monitored at all times via the bracelets. We also have deployed officers and volunteers to keep an eye on released prisoners at workplaces periodically.”