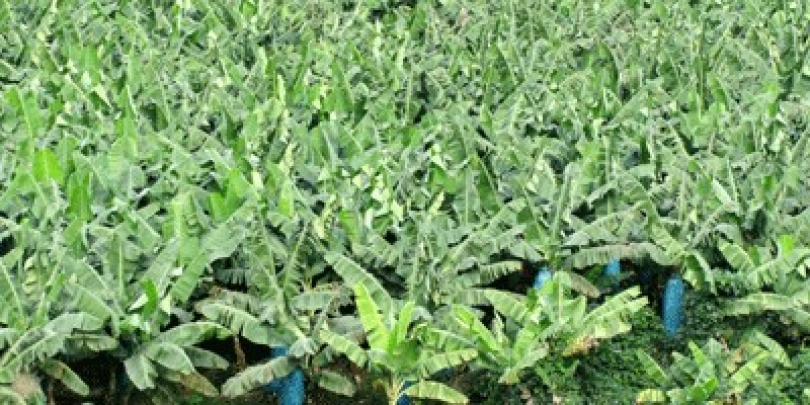 VIENTIANE - The negative impacts from banana plantations in Laos could be outweighing the benefits, the National Agriculture and Forestry Research Institute reported at the workshop in Vientiane on Thursday.

Despite the fact that banana plantation investments have created job opportunities for local people, reduced labour migration, contributed to social activities and improved infrastructure they are also having negative impacts on people's health and the environment.

The findings were outlined in a study undertaken by the institute in cooperation with the National University of Laos.

The study was focused on five provinces, those being Phongsaly, Oudomxay, Luang Namtha, Borikhamxay and Saravan.

Many issues relate to the use of chemicals throughout the production process, with chemicals applied around 40 times in a production season, including herbicides, fertilisers, nutrients, insecticides and additives.

It is estimated that anywhere between 105-140 chemicals substances are used on many banana plantations.

Different chemical substances are mixed and sprayed together, increasing the degree of harm.

Most farmers still have little knowledge about how these substances should be handled and used; they rarely follow the instructions regarding the use of protective equipment when spraying or how to spay (against the wind), while there is no proper management of chemical boxes or containers after usage.

Negative impacts on the economy include lost opportunities in regards to land use for other crops, suitable land for agriculture production expansion or other investments, and no added value for Lao products through processing.

There are also negative impacts on society, including on farmers' health. About eight percent of banana farmers in the north have reported becoming sick over the past six months. The average frequency and duration of sickness is four times and four days each time but they still continue to work.

Most of the farmers who have been sick are in the northern provinces, with the main symptoms being dizziness and headaches. Some workers treated themselves by purchasing medicines while others received treatment at local hospitals.

Large numbers of banana farmers and workers agreed that there were increased levels of water contamination, decreased fish numbers in surrounding areas and an increase in soil contamination.

Negative impacts on the environment include the strong smells of some chemical fertilisers, which create negative externalities for those who live within 200-300m of the plantations.

After planting bananas, the land cannot be used for other crops without soil improvements and the heavy use of water on the banana plantations might reduce water levels in nearby streams and rivers.

The research team emphasised that the potentially high health and environmental costs (which are difficult to measure) from banana plantations may outweigh their benefits, such as income generation and employment opportunities.

Economic returns from land lease fees are higher than those of long term concessions but although there are laws and regulations which exist the level of enforcement is low.

Last year, the total volume of exports reached 216,861 tonnes with a value of US$39 million, of which 88 percent was exported to China and 12 percent to Thailand.