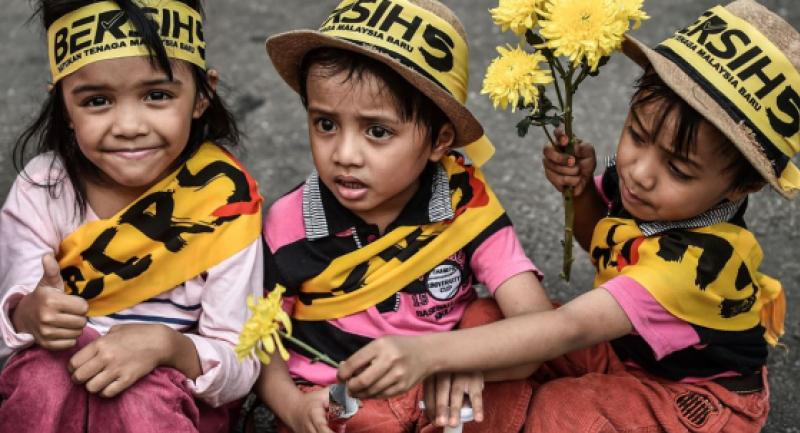 Malaysia - Protesters gathered in the Malaysian capital Kuala Lumpur Saturday to take part in a mass anti-government rally,despite the arrest of rally leaders and the leader of a counter-protest.

The rally scheduled to begin Saturday afternoon was organised by pro-democracy group The Coalition for Free and Fair Elections (Bersih2.0) to call for the resignation of Prime Minister Najib Razak who they accuse of "grand corruption."

Protesters arrived in the vicinity of Merdeka Square where stalls were selling scarves, t-shirts and vuvuzelas for the rally.

There was a strong police presence in the city and traffic diversions were in place.

Jamal Yunos, the leader of a planned counter-demonstration, was detained early Saturday, according to news portal The Star Online.

Human Rights Watch (HRW) deputy Asia director Phil Robertson said the arrests were an attempt to decapitate the Bersih movement on the eve of the rally by making sure its key leaders were in jail.

Najib said he was unfazed by the protest, adding that he would"accept and respect the will of the people only when the general election is called."

Bersih (which means "clean" in Malay) staged similar rallies in August 2015, one of which it said attracted half a million people,demanding institutional reforms and the prime minister's resignation.

Najib has been at the centre of a corruption scandal since July 2015,when a Wall Street Journal report suggested that 673 million dollarsin his personal bank accounts had been siphoned off from the beleaguered 1 Malaysia Development Berhad (1MDB) state fund.