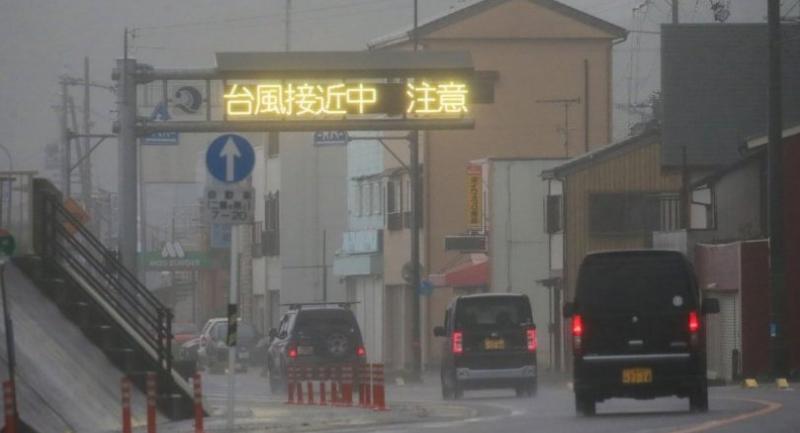 TOKYO - Typhoon Noru dumped heavy rain on Japan Tuesday as it moved back out to sea, causing flooding and property damage while the number of injured reportedly rose to 51.

After making landfall in western Japan the previous day, the storm packing winds of up to 108 kilometres (67 miles) per hour ploughed across the main island of Honshu.
The typhoon was 40 kilometres off the coast of northern Niigata prefecture by 1:00 pm (0400 GMT) Tuesday, slowly moving towards the northeast, Japan's meteorological agency said. The storm earlier killed two people on outlying islands Saturday.
Public broadcaster NHK said the number of people injured in accidents related to the typhoon had reached 51.
Aerial footage showed a flooded river in western Japan's Shiga prefecture, while houses, rice paddies and roads were submerged.
On Saturday, a man in his 60s on the southern island of Yakushima died after falling in strong gusts generated by Noru and hitting his head.
Another man in his 80s on neighbouring Tanegashima island drowned the same day after he went to check on his boat and was swept into the water.
A total of 65 flights were cancelled Tuesday due to Noru, NHK reported.