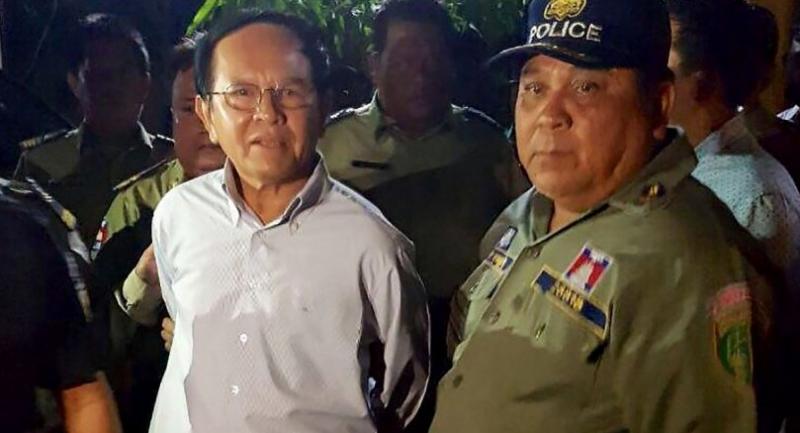 Phnom Penh - Cambodian opposition leader Kem Sokha was arrested early Sunday accused of treason, the government said in a statement, the latest in a flurry of legal cases lodged against critics and rivals of strongman premier Hun Sen.

His surprise arrest raises the stakes as Hun Sen's political opponents, NGOs and the critical press are smothered by court cases and threats ahead of a crunch general election next year.

The government statement alleged "a secret plan of conspiracy between Kem Sokha, his group, and foreigners that harms Cambodia," adding he was arrested early Sunday.

"The above secret conspiracy is the act of treason," the statement said, without giving further details of the alleged crime.

Kem Sokha is the leader of the CNRP which has been battered by court cases, bans and threats against its key figures.

He was handcuffed and "taken away by 100-200 police without warrant after they raided his home," his daughter Kem Monovithya said in a Twitter post.

On Saturday night, a pro-government website -- Fresh News -- alleged that Kem Sokha had discussed overthrowing Hun Sen with support from the United States.

It did not provide any evidence for the claim.

Last week the US expressed "deep concern" over the state of Cambodia's democracy after the government there ordered out an American NGO and pursued a crackdown on independent media.

Among the media in the firing line is the well respected Cambodia Daily, which often criticises the government.

It faces closure on Monday if it fails to pay a $6.3 million tax bill, a threat it says is a political move to muzzle its critical reporting.