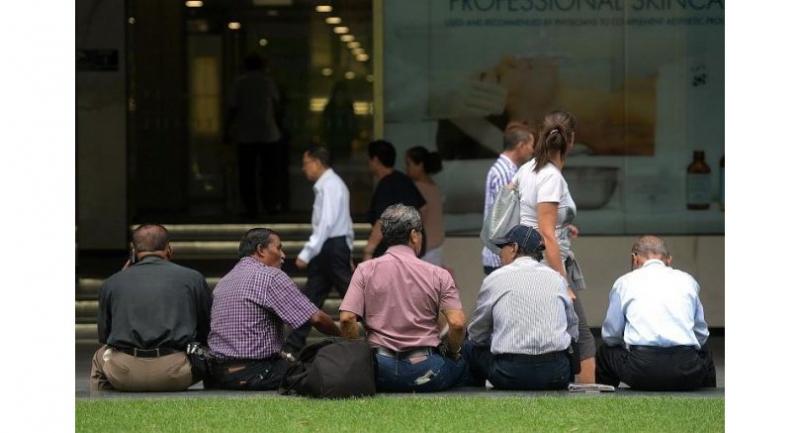 SINGAPORE - A Mercer report says Singapore has continued to make improvements through its Central Provident Fund.

Singapore is the best performer in Asia when it comes to providing adequate and sustainable income for retirement but there is room for improvement, said pensions expert Mercer yesterday (Oct 23).

Its annual report looked at 30 countries covering 60 per cent of the world's population and scored pension systems on their adequacy, sustainability and integrity.

Singapore received a B rating with an overall index score of 69.4, up 2.4 points from a year earlier and well ahead of the global average of 59.9, it noted yesterday.

The higher score was down to improvements in both the adequacy and sustainability sub-indexes.

Mercer said no country got the elusive A grade, and urged "countries with unsustainable pension systems to take action now, rather than risk the need to take even more drastic action in the future".

Singapore's retirement income system is mainly based on the Central Provident Fund (CPF), which covers all employed citizens and permanent residents.

Garry Hawker, Mercer's Asia zone wealth business coordinator and director of strategic research of growth markets, said in a statement: "Singapore has continued to make improvements through CPF in providing more flexibility to its members."

Hawker added: "The overall index value for the Singaporean system could be further increased by reducing the barriers to establishing tax-approved group corporate retirement plans, opening CPF to non-residents who comprise more than one-third of the labour force, and increasing labour force participation rate (LFPR) at older ages as life expectancies rise."

The Ministry of Manpower (MOM), which oversees the CPF scheme, welcomed the rating, noting that the "increase in Singapore's index score reflects our continuous efforts to strengthen the CPF system to help Singaporeans improve their retirement adequacy and to provide greater flexibility to meet their retirement needs".

"First, it benefits the employee as additional contributions to the CPF and SRS are fully portable unlike corporate retirement plans. Second, employers save on manpower costs by tapping the CPF and SRS as no additional hires are needed" to manage their own plans.

On labour, the MOM spokesman said Singapore currently has one of the highest LFPR rates for older workers compared to OECD countries. Singapore's resident LFPR for workers aged 55 and over was 49.4 per cent last year, up from 36.3 per cent in 2006.

"Since July 1 this year, employers are obligated to re-employ their workers at least up to 67 years old - this is up from 65 previously.

"Based on our surveys, 98 per cent of local employees who wanted to keep working beyond the age of 62 were able to do so," the spokesman added. "As to non-residents, the CPF system does not extend to them as their stay in Singapore is transient and they are not expected to retire here."

This year's index has Denmark retaining top position with an overall score of 78.9 - its sixth consecutive year on top - ahead of the Netherlands at 78.8 and Australia at 77.1.

Dr David Knox, Mercer senior partner and the report's author, said countries that scored well adopt a strong multi-pillar approach, even if they have different takes on pension systems.

Mercer's president of health and wealth Jacques Goulet noted that Japan, Austria, Italy and France are among developed economies without a "sustainable model that will support current and future generations in their old age".

He said: "If left unchanged, these systems will create societal pressures where pension benefits are not distributed equally between generations."