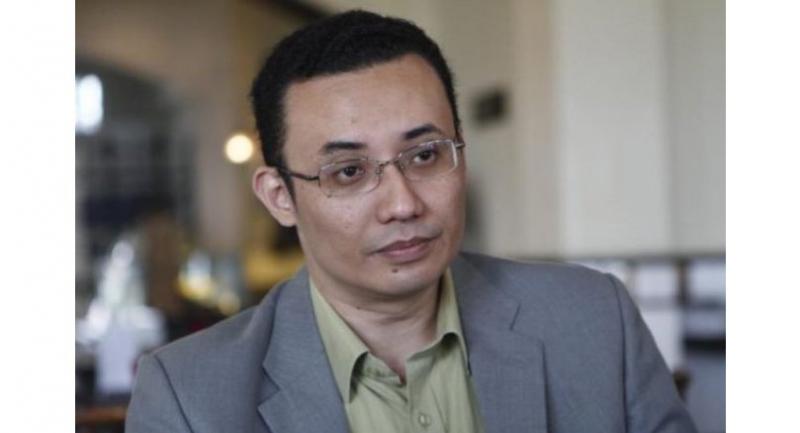 "The post-mortem report concluded the cause of death as being complication of blast injuries attributable to an exploding handphone that was being charged next to him," the company's management said in a statement Friday.

"Speculation on the cause of his death is completely unnecessary and unacceptable at this time.

"We request for everyone to respect the privacy of the family during this time of grief. Our thoughts and prayers are with his family and all those he touched on his journey," it added.

According to a family friend, Nazrin had complained of a migraine that afternoon and went to bed after taking some medication.

The Fire and Rescue Department said it received a report at 12.30pm and despatched two fire engines and 14 firemen to the scene.

Petaling Jaya OCPD Asst Comm Mohd Zani Che Din told The Star on Thursday that around 30% of the victim's body had been burnt.

In its statement Friday, Cradle said that for over 15 years, Nazrin had dedicated his efforts to promoting early stage funding for technology startups.

"His vision and love for innovation will always be at the core of what we do. Nazrin loved his work, but his greatest love was for his wife and children," the statement read.

"Cradle has lost a visionary and creative genius, and the world has lost an amazing human being," said chief operations officer Razif Aziz.

"Those of us who have been fortunate enough to know and work with Nazrin have lost a dear friend and an inspiring mentor," he added.

Chief investment officer Juliana Jan said, "We are deeply shocked and saddened by this news".

"Having worked with him for many years, his vision and passion have brought endless possibilities to not just Cradle, but to the startup ecosystem.

"He touched and inspired us, the Cradle family, along with many startup founders, investors and partners. He was a one-of-a-kind leader and visionary who made an incredible mark in the startup ecosystem.

"Our thoughts and prayers for his wife and children," she added.

Cradle is a Finance Ministry company that looks into developing entrepreneurs and the Malaysian startup ecosystem. It was the agency that gave early funding to companies like ride-hailing pioneer Grab (previously MyTeksi) and fintech startup iMoney.

Nazrin was educated in Britain with a Bachelor of Laws (LL.B Hons) from the University of Buckingham in 1994, and was also an executive committee member of the UK Executive Council for Malaysian Students.

From 1997 to 2000, he was served as an executive in corporate finance at CIMB before launching his own startup, Zarnet, in 2001, Cradle said in its statement.

He is a former council member of the Technopreneurs Association of Malaysia (TeAM), where he lobbied tirelessly for a development fund to narrow the funding gap in the early stage.

This eventually led to the successful introduction of the Cradle Investment Programme (CIP) in June 2003 with a fund allocation of RM100mil from the Government, as part of an economic stimulus package.

In 2004, he was appointed the programme's acting head as well as its strategy and policy advisor.

He left the programme in 2005 to focus on his own technology startup and continued to be an active member of TeAM, but returned to Cradle in October 2007 as its chief executive officer after it was spun off from Mavcap.

Nazrin leaves behind his wife Samirah Muzaffar, a senior executive at the Malaysian Intellectual Property Corporation (MyIPO), their young son, three stepsons and a son from a previous marriage.