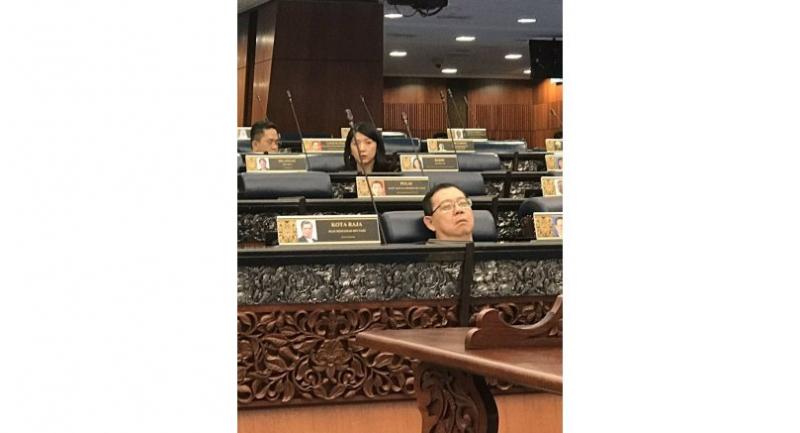 PETALING JAYA: Finance Minister Lim Guan Eng has denied claims that he fell asleep during the Budget 2019 debate, stating: "My eyes were unwell, and I did not doze off in Parliament."

Lim said this in response to Umno secretary-general Annuar Musa, who uploaded an image on his Twitter account of the Finance Minister with his eyes shut during a debate on Budget 2019.
"BN's shadow finance minister is debating Budget 2019 and presenting the... alternative budget. The Minister of Finance is sleeping...,” Annuar said in the caption on Monday (Nov 12).
Lim denied this, saying he even managed to take down notes while resting his eyes and uploaded an image of the notes.
“My eyes were 'kurang sihat' (unwell) just like in the previous Parliament session, but I still attended to hear the Opposition representative (Rembau MP) Khairy Jamaluddin's speech,” he tweeted.

In 2016, former Kedah mentri besar Ahmad Bashah Md Hanipah was also involved in a "sleeping" controversy, when a video of him with his eyes closed at a palace function went viral on social media.
Ahmad Bashah denied he was sleeping, saying that he had closed his eyes to "better appreciate the speech".