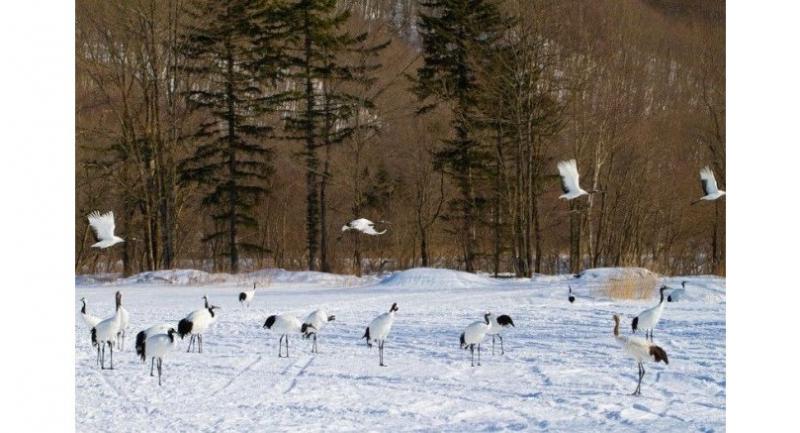 Getting foreign tourists in Japan to see the 'wild' side

The Environment Ministry plans to attract more foreign tourists to visit national parks in fiscal 2019 by arranging wild animal watching tours in cooperation with tourist agencies and other entities.

In addition to its focus on nature conservation in the parks, the ministry also intends to enhance tourism from now on.

For that purpose, it will take advantage of about ¥5 billion in revenue from the International Tourist Tax, which was introduced this month.

The number of foreign visitors to the parks has been increasing year by year. The ministry aims at doubling its figures from around 4.9 million in 2015 to 10 million by 2020.

In the area around Shiretoko National Park in Hokkaido, the number of passengers on sightseeing ships from which they can enjoy watching Steller’s sea eagles has increased by eight times to nearly 30,000 in the last 10 years. The birds are very popular among birdwatchers in the United States and Europe. The ships have carried many foreign tourists, so the ministry intends to arrange observation tours featuring birdwatching.

In the parks, tours focusing on wildlife observation have been limited in number so far. If such tours are realized for observing tancho Japanese cranes in Hokkaido’s Kushiro Shitsugen National Park, or Asian black bears in Joshinetsu Kogen National Park, which straddles the borders of Gunma, Niigata and Nagano prefectures, the number of visitors to the parks can be expected to rise.

The ministry plans to improve information boards to introduce the attractions of parks in English, Chinese and other languages. It is also considering setting up virtual reality facilities where visitors can experience simulations of the lives of wild animals or scenery.

However, it is possible that such tours could be a burden on wild animals. “[The ministry] should make rules to prevent harmful impact on wild animals before launching tours,” said Prof. Futoshi Nakamura of Hokkaido University, who specializes in ecosystem management.