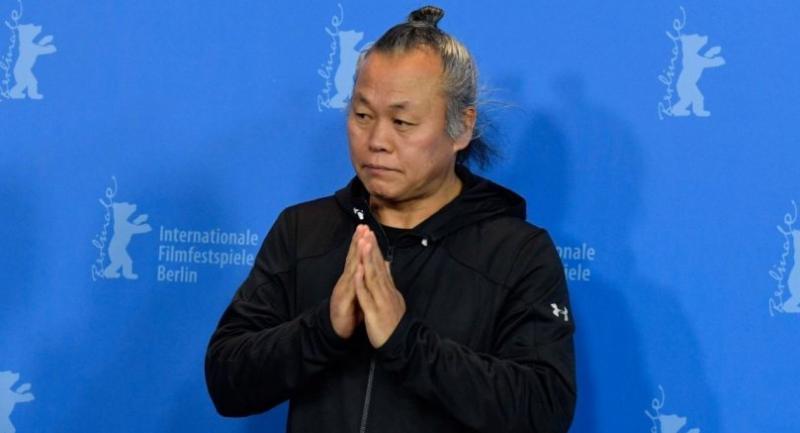 A famed South Korean film director who was accused of sexual abuse has filed a lawsuit against a women's rights group over "damages" caused by the #MeToo movement against him, a Seoul court said Thursday.

Kim Ki-duk, 58, is one of the nation's top filmmakers whose awards include the Golden Lion at the 2012 Venice Film Festival for "Pieta" and Berlin's 2004 Silver Bear for Best Director.
But an actor in 2017 accused him of sexual and physical abuse, saying he forced her into unscripted sexual scenes and slapped her repeatedly while shooting his 2013 award-winning film "Moebius", before replacing her with another actor.
Earlier this year, prosecutors dropped the sex abuse charge citing lack of evidence but fined Kim five million won ($4,600) for physical assault under a procedure to settle minor cases out of court.
Last month, Kim filed a compensation suit worth 300 million won ($265,000) against Womenlink, an influential women's rights group in Seoul that campaigned on the actor's behalf, a spokeswoman for the Seoul Western District Court told AFP.
The director claims his reputation has been "significantly damaged" especially after the group asked an international film festival to cancel their invitation to Kim, citing allegations of sexual abuse made against him, the Womenlink group said.
Organisers of the Japan-based Yubari International Fantastic Film Festival eventually cancelled the invitation, but kept Kim's movie as the opening film for this year's edition, which is being held this week.
The director also accused the women's rights group of "unfairly stigmatising him as a sexual predator", even though prosecutors dropped the charge, and thereby causing financial damages as some of his films could not secure distribution at home and abroad as a result, the group added.
"The person who damaged Kim Ki-duk's reputation is Kim Ki-duk himself," the Womenlink group said in a statement Thursday.
"He is yet again tarnishing his own reputation by filing a lawsuit against an organisation that supports victims (of sexual violence)."
The director has won a global following with his broody, allegory-rich movies but has faced accusations of misogyny over gruesome scenes featuring sexual and physical violence against women, mostly sex workers.
The global #MeToo phenomenon has exposed South Korea's previously unreported cases of sexual misconduct by high-profile figures, including a former presidential contender, in a country where patriarchal values remain deeply ingrained.
Jeong Seul-ah, a campaigner at Womenlink, said filing lawsuits -- such as defamation and compensation claims -- was a common tactic to silence victims of sexual violence in South Korea.
Accused perpetrators of sexual assault can sue under South Korea's defamation law, which makes libel a crime and provides that stating the truth can still be an offence.
Kim had previously asked prosecutors to investigate journalists who reported his case for defamation, and the "Moebius" actor -- who made her allegations anonymously -- for defaming and false accusation.
"We see this lawsuit as yet another attack against the #MeToo movement," Jeong told AFP.