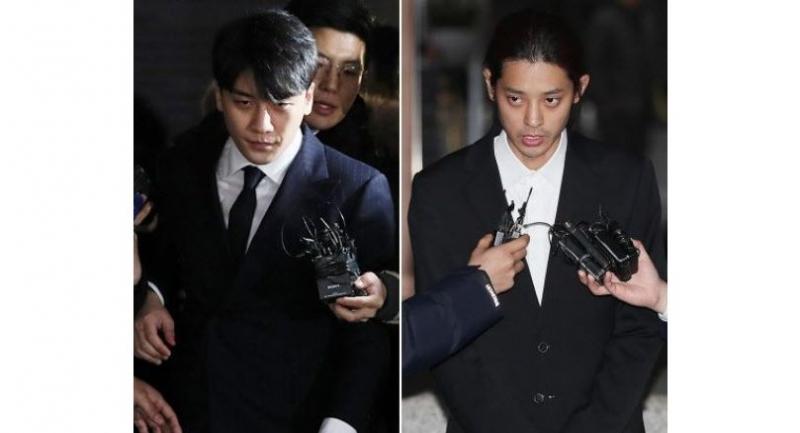 An owner of a nightclub linked to the sex-drug scandal involving a member of K-pop boy band Big Bang has been arrested on charges of tax evasion, a Seoul court said Tuesday.

The Seoul Central District Court issued a warrant for the arrest of a man surnamed Kang over suspicions he underreported sales at the nightclub, Arena, in southern Seoul and inflated the salaries of employees from 2014 to 2017, dodging a tax bill that totaled 16.2 billion won ($14.3 million).
Police say Kang named a man, identified only by the surname Lim, as a puppet head of the club. Kang is suspected of owning and operating several other clubs in the area in this manner.
Lim was also arrested the same day. The court said the charges against Kang and Lim had been sufficiently proven and there was a risk they would destroy evidence.
Police raided Arena earlier this month over allegations that Big Bang star Seungri procured prostitutes for potential investors there.
Seungri is being investigated for possible links to the snowballing sex-drug scandal, including allegations of sexual assault, drug use, illicit filming of sex videos and corrupt ties with police at the club Burning Sun. He was an executive at the club until early this year, when he stepped down amid the brewing scandal.
Kang’s arrest is likely to boost the ongoing investigation into tax evasion at nightclubs in southern Seoul, including Burning Sun. Police raided Burning Sun last month and seized its accounting books.
Police called in a co-head of Burning Sun on Monday again to question him about allegations he had bribed an ex-police officer, seeking to avoid punishment for serving underage customers.