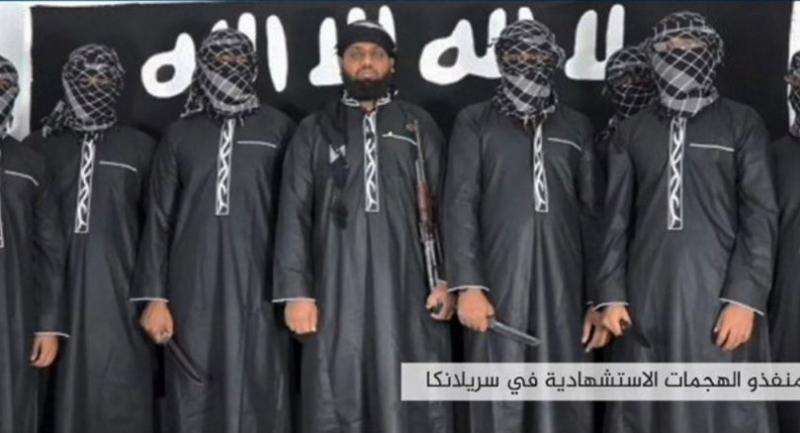 The country's president announced Friday that Hashim led and died in the attack on the Shangri-La hotel in Colombo -- one of three hotels and three churches hit by bombers wearing explosive backpacks.

The round-faced preacher headed the extremist Muslim group blamed for the bombings which left more than 250 dead. He featured in a video released by the Islamic State group when it claimed responsibility.

Heavy security surrounded the main mosque in the Muslim-majority town of Kattankudy, where religious leaders say they sounded the alarm about Hashim years ago, beginning with his expulsion from a seminary during his teens.

"It was the first time a student has been expelled for being a hardliner," said Mohammed Buhary Mohammed Fahim, a senior official at the Jamiathul Falah seminary who was a younger contemporary of Hashim's at the school.

"When he arrived here at the age of 12, he was clearly very intelligent, very studious, and asked lots of questions. He was popular and sociable," Fahim told AFP.

But things began to change as Hashim grew older, with Fahim blaming his exposure to books and CDs extolling a fundamentalist vision of Islam.

"He basically went off-course... We teach moderate Islam here but he was a hardliner."

When Hashim sought to influence his fellow students, parents complained to the seminary chiefs and the school asked him to leave.

After a few years away he returned to Kattankudy, founded the National Thowheeth Jama'ath (NTJ) group, and worked with some former classmates to build a mosque where he could preach and share his rabble-rousing sermons.

"He was a good orator... he would pick and choose words from the Koran and twist and misuse them", one official at a local mosque told AFP. He spoke on condition of anonymity, saying he was terrified of reprisals from Hashim's followers.

"These are very violent people. If they know who I am, they can just shoot me in the street," he said.

Hashim's violent streak attracted police attention three years ago when he brandished a sword during clashes with members of another Muslim organisation, the official said.

But just as the net seemed to be closing in, he went into hiding with some followers, operating what appeared to be an NTJ breakaway group that was linked to vandalism attacks on Buddhist statues in Sri Lanka in December.

According to Hilmy Ahamed, vice-president of the Muslim Council of Sri Lanka, Hashim shifted base to southern India.

"All his videos have been uploaded from India. He uses boats of smugglers to travel back and forth from southern India," he told AFP.

India warned Sri Lanka that suicide attacks were possible weeks before the bombers walked into three churches and three hotels on Easter Sunday.

India's warning was based on videos and other Islamic State-influenced material seized from raids in southern Tamil Nadu state in 2018.

At the largely deserted NTJ mosque in Kattankudy, adherents brushed off any suggestion of continuing ties with Hashim.

"Because of Zahran the mosque has got a bad name now. We have had no contact with him for two years... We have no connection to him, he is not a member of the NTJ," said chief cleric Mohammed Yoousuf Mohammed Thoufeek.

Thoufeek said he has been questioned by police several times since the attacks.

Despite the link to Hashim, the mosque appeared to be functioning normally on Thursday evening, though only about a dozen worshippers attended prayers.

"When the attacks happened, even we couldn't imagine that he would do something like this," said the unnamed mosque official.

"The police made a big mistake. If they had arrested him in the beginning they could have stopped this. All this could have been avoided."
AFP photo : An image grab taken from a press release issued on April 23, 2019 by the Islamic State (IS) group's propaganda agency Amaq, allegedly shows eight men it said carried out a string of deadly suicide bomb blasts on Easter Sunday in Sri Lanka, lined up at an undisclosed location. The man in the centre is believed to be Zahran Hashim, who was identified by the Sri Lankan police as the leader of the Islamist National Thowheeth Jama'ath (NTJ) group, which Colombo has blamed for the attacks. - The Islamic State group claimed a series of bombings on churches and luxury hotels in Sri Lanka that killed more than 320 people on April 21, and released the photo of the men it said were behind the "blessed attack", describing them as "fighters" from the terror network. The massive casualty toll would make the Easter attacks the deadliest overseas operation claimed by IS since the group proclaimed its worldwide caliphate in mid-2014. ;