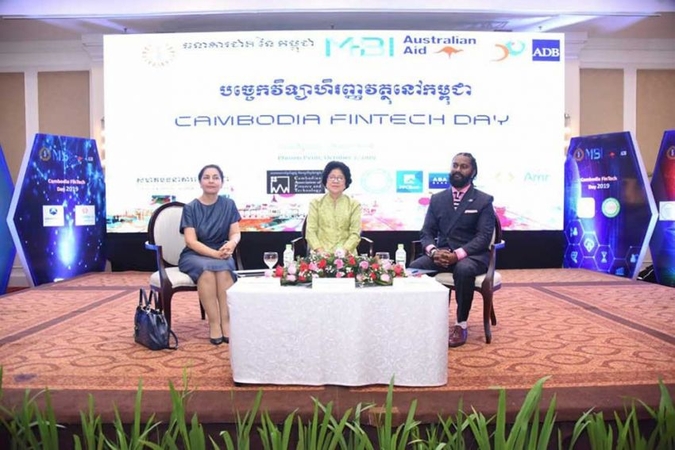 MSP estimates that the Kingdom’s digital payment market is set to be worth $2.215 billion this year – a 37 per cent increase on last year – and will be worth $3.469 billion next year.

Speaking at Cambodia Fintech Day 2019 on Wednesday, MSP partner Kem Bora said: “Currently, payments through agents such as Wing . . . and TrueMoney are all the rage in Cambodia, but digital payments through mobile apps account for less than 10 per cent.”

Technological knowledge and awareness among the public is limited, Bora said, and adoption of fintech is currently mostly confined to Phnom Penh.

“However, I think that the use of fintech in Cambodia will show high growth in the future,” he added.

National Bank of Cambodia (NBC) deputy governor Neav Chanthana, who attended the event, said fintech has contributed significantly to the development of the financial and economic sectors in Cambodia, has made payments faster and has also reduced fees.

“Fintech plays an important role as an innovation driver that contributes to enhancing the efficiency of the payment system in Cambodia,” she said.

She credited the Asian Development Bank with providing significant assistance to the NBC in promoting fintech in the Kingdom.

Kim Tol Am, CEO of Milvik (Cambodia) Micro Insurance Plc, a mobile-based firm which offers health and insurance products to customers in Cambodia, said fintech has contributed a great deal to her company’s performance.

Payments to the firm – which operates under the brand name Bima – are all made via digital platforms, including Pi Pay, TrueMoney, DaraPay and Wing, she said.

With its five year presence in the Kingdom, she said, Bima currently has about 500,000 customers who use its services.