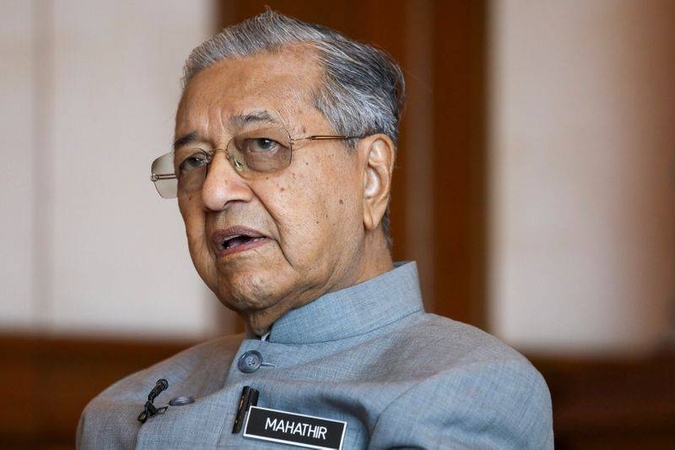 PETALING JAYA: India’s Ministry of External Affairs summoned Malaysia’s acting head of mission in the country to convey its displeasure over the remarks by Tun Dr Mahathir Mohamad on their recently-approved Citizenship Amendment Act, reported an Indian news website.

The Wire said the official was summoned to the ministry on Saturday (Dec 21), one day after the ministry issued a statement saying that Dr Mahathir’s statement was factually incorrect and told him not to comment on India's internal affairs.

A source said the Malaysian High Commission official was told that “such remarks are neither in keeping with accepted diplomatic practice of non-interference in each other’s internal affairs, nor with the state of our bilateral relations”.

“It was also conveyed that such remarks are both ill-informed and insensitive.

"Malaysia was asked to take a long-term and strategic view of the bilateral relations,” added sources quoted by the Wire.

Dr Mahathir had said that the law was regrettable as it was discriminatory to Muslims.

The Prime Minister said he was sorry to see India, a secular state, acting to deprive some Muslims of citizenship.

"Already people are dying because of this law, so why is there a necessity to do this thing when all this while, for 70 years almost, they have lived together as citizens without any problems?

"If we do that here, you know what will happen.

"There will be chaos, there will be instability and everyone will suffer," he told reporters after visiting the media centre during the Kuala Lumpur Summit on Friday (Dec 21).

It allows fast-track citizenship for religious minorities, including Hindus, Sikhs, Buddhists, Jains, Parsis and Christians from the three neighbouring countries.

However, it does not mention those of Islamic faith.

As a result, there have been violent demonstrations all over the country.

A few months ago, Dr Mahathir had also ruffled feathers in India for his comments on the situation in Kashmir.